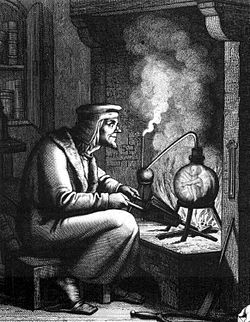 My campaigns are always electronically documented. After each session, I make entries for new elements and do a write-up of the session’s events. This was the only preparation I did. Unfortunately, against my hopes, the write-ups don’t capture the experience of playing Living Alchemy. So instead of writing an overview of the game’s plot beats (which I do like) I’ll focus on our key decisions and maybe say something about how they felt.

Let’s talk about decisions. Characters have access to several special abilities- hire, borrow, coronate, charter, scry, heal, and transmute. These allow players to introduce new elements into the game or otherwise “go behind the GM’s back.” Players can ask direct questions of the GM, or acquire things like armies or monsters. (See an overview here).

The trade-off of using special abilities is working with the game’s resource economy. Living Alchemy has a strong take on social class. In order to use abilities, scholars like Laurence draw resources from wealthy patrons like Abbot Milo or King Greyhand.

The last thing to understand is how each roll feeds into the next. Characters with afflictions can “go over their limit,” use extra dice for their rolls at the risk of triggering their affliction. Going over your limit is cumulative. Each time, the chance of triggering your affliction is increased. How effective a dice pool is at making a roll is non-linear and multi-dimensional, and making this calculation is a difficult (or excruciating) exercise. (See an overiew here).

In short, there is a strong mechanical impetus to:

Session 2
We begin with Laurence travelling by caravan to the citadel where King Greyhand rules, with the transmuted hound in tow. R was surprised by how sharply Milo (a character he introduced) reacted to his secret experiments. I had to explain how Milo thought of Laurence- as an apprentice more than a servant, how he was hurt in discovering Laurence’s personal ambitions.

On the journey, I had the caravan beset by orcish tollmen/highwaymen. This delineated space in the game and introduced orcish bandits as a recurring element.

Milo agreed to pay their toll, and the orcs went from carriage to carriage extracting it. While rummaging Laurence’s caravan, R did nothing, so I had the orcs accidentally open the hound’s cage, letting it escape.

Neither Laurence nor his agent had useful skills here so he was left in a tough situation. Cleverly, he asked me if he could use hire again, since his classroom (his hiring resource) made up a portion of the caravan. He introduced a hunter and they recovered the hound.

At night, they were come upon by a hobbit named Cabbert running through the forest, narrowly escaping from the cauldron of an orcish stew. Naturally, Cabbert implored Laurence and his crew to rescue his friends.

This is a good example of a stressful decision. Laurence could send any combination of himself (2D), Jessup (4D), and his tracker (4D) to help the boiling hobbits. Each person risks taking wounds. If all miss their rolls, they all die. Treating wounds would likely require crawling back to Milo. In the end, R decided to stuff Cabbert’s mouth and drag him off.

This encounter may not have developed the plot but it provided a moment for R to consider how much Laurence cared about the wildlings personally. Laurence would be marked as both a coward and unable to relate to Wildlings, and R would certainly play him that way.

Laurence and crew made it to the citadel and met the King. I had fun playing Greyhand, a man who sees the world in black-and-white, and who carries no doubt about his purpose, really my exact opposite. Laurence had his hound perform for the King, and was received well.

At this point, I threw R a curveball. The king credited Laurence for the success of the transmutation instead of Milo, and granted him a boon of his choice.

R thought long and hard about this, probably more than thirty minutes IRL- he floated ideas like making the roads safe, and providing resources to the Abbey. Instead of something charitable, he asked for an appointment as the King’s physician and alchemist.

Session 3
Here, Laurence had to establish himself anew. Losing his resources in the abbey was tough, and he began a number of projects- creating a new laboratory, and attending to his new duties as King’s physician. I’ll briefly highlight some important conflicts.

Laurence had to establish positions in the citadel for both Cabbert and Jessup. Jessup took a menial job without complaint but Cabbert was rightly upset with losing his friends. Furthermore, Laurence often treated Cabbert with absolute disdain, misremembering his name and forcing him to put up with awful conditions (sleeping in the hospital with diseased patients).

An interesting issue came up when Laurence was retrieving research documents from Priestess Reyla. While Greyhand saw himself as a just king, Reyla didn’t care and taxed wildling pilgrims for seeing the temple. She questioned Laurence about his faith, working directly against his affliction and forcing a difficult roll.

Session 4
With preparations made, and with his affliction nearly triggered, Laurence created an homunculus, a son for King Greyhand using transmute. Creating a sentient creature in Living Alchemy requires giving it an affliction, like a protagonist/antagonist.

Laurence made the homunculus an elf, with the appearance of a younger Greyhand. It had no natural lifespan, and would forever resent the matters of statecraft and brutalist shelter of the citadel. R accomplished this by granting it the affliction Outcasted. Additionally, the creature was given enhanced charisma and speed.

At the same time, Milo created his own homunculus, and the question naturally arose which of the two would be declared firstborn and heir. Laurence and his former master presented their arguments (along with their creations) to the king at the same time and the matter was decided in a battle of rhetoric.

Laurence had triggered his affliction in the transmutation, so he was at a significant disadvantage, despite his enhanced intelligence. Surprisingly, he won the challenge and his creation became the heir. It’s interesting to consider what would have happened if Laurence hadn’t gotten lucky. Would he have gone so far as to kill a child?

In the final part, I’ll show you a war between two fathers over their shared son, and Laurence’s ingenious strategy to assassinate a king.

4 responses to “The Story Module (Part II of III)”