This post follows Daisho and dishonor to share our Spelens Hus game of The Mountain Witch. The video link below goes straight to session 4 inside the playlist. I’ve also made a couple of reflections videos, but due to the importance of hidden and incomplete information, I’ll share them when the game is completed – probably although not absolutely certainly, a couple of sessions from now. I’ll put some tags in the posts then as well, as doing so now would be telling.

Without giving details, I warn you that the events we’re playing are emotionally wrenching. Please message me if you would like some preparation for specific content.

In terms of the game’s structure, we are now into Act 3, and if I’m not miscounting, having finished Chapter 4. The apparent rigidity implied by using numbers is not actually real, though. “Acts” merely refer to where the characters are, designated as such only to remind the GM to keep going up the mountain. The Chapters merely formalize moments at which the players must showcase something about their characters’ Dark Fates, which they may do at any time anyway. In practice, you’ll play four Acts unless the whole story concludes before getting into the Witch’s fortress (which would be OK, you don’t have to “finish the Acts”), and you’ll necessarily have at least four Chapters, although more is better. 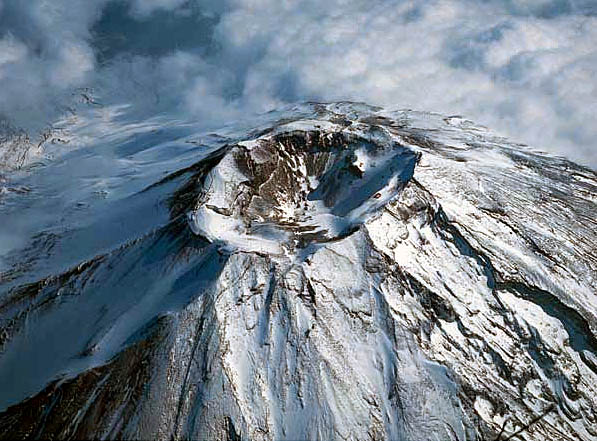 I was especially pleased to bring the distinctive geography of Mount Fuji into play throughout, but especially now, as the action is set in the crater which defines its peak. Yes, it is a volcano, and although it may be dormant, it is far from dead even today.

If you’ve been keeping up, you know we have Uno-Domo, an older man pursued or tormented by a strange owl; Kisaragi, younger but not much, who plays a magical flute and insists that he has no ulterior motives; Tagachi, a young man, barely twenty, who obsesses over a woman he’s convinced is on the mountain; and Itto-Sama, a young woman, who is much more observant of samurai culture than the others, and tends to stalk and spy on them. If you know the game at all, you will be interested to know that the events of this session (#4) have led to strikingly differing Trust profiles among them.

The leading image is by viva la revolution; click the image for source/reference.