Shadows and beauty in Marseille

We’ve been playing Sorcerer for two months! Five meetings and four sessions of play so far, and ongoing. This is with Laura and Grégory, both located in France, and thus set in Marseille. I was nonplussed to discover that neither had ever set a game they’d played in their own country. I went a little nuts with the two statements, aiming at maximum provocation, with:

I’ve embedded session 1 part 1 below, and here’s the prep session that came before that (Part 1, Part 2, Part 3, Part 4, Part 5, Part 6). The latter is a little bit long, maybe not all that scintillant viewing unless you are interested in my scaffolding techniques for this game. When Grégory got a little scattered with his concept, I knew, and I emphasize this very strongly, that the worst thing I could do is save him with content of my own. We worked on it more via email, and I managed to arrive at these diagrams (I’d love to talk more about these diagrams when we get the chance, and why I used two colors for one of them): 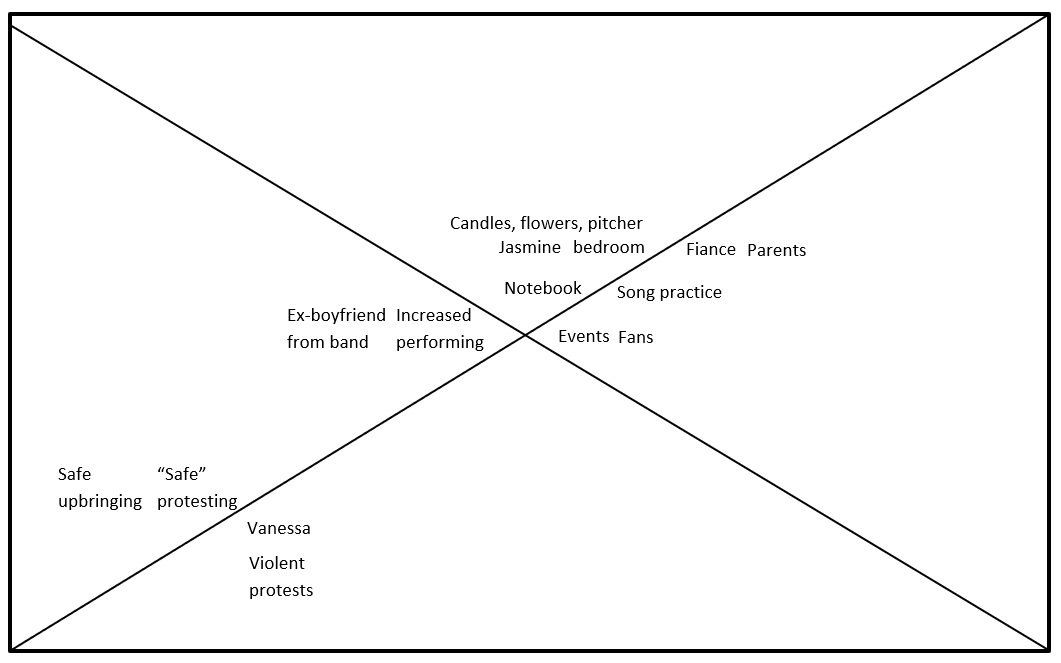 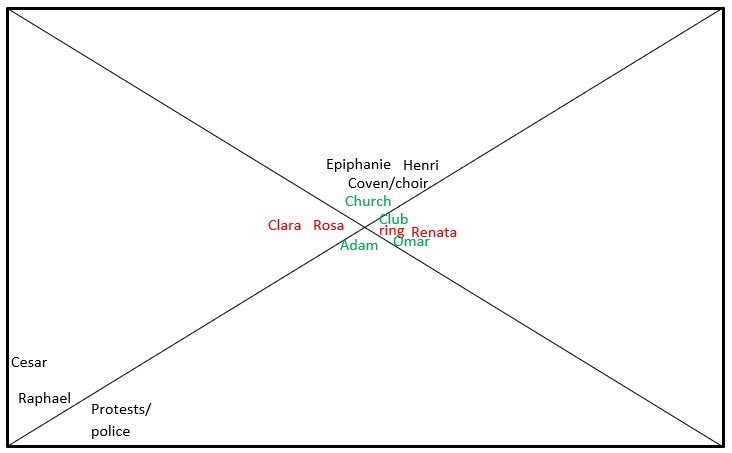 Even so we had to take a little time during session 1 to get some clarity on Livia’s Kicker.

All that is stated too negatively, because the game is full of enthusiasm, clipped along with considerable intrinsic force, and rapidly became extremely emotiona. As happens with Sorcerer, it’s also punctuated by dark or wry humor even as things get weird. Here’s the rest of session 1: Part 2, Part 3, Part 4.

Let’s see … oh yeah, you may recall that another Sorcerer game presented here at Adept Play includes a demonic church and another, a pop singer with a demonic voice. For some reason, both of those show up again in this game, as far as I can tell, completely coincidentally, without input from me and without reference to those.

20 responses to “Shadows and beauty in Marseille”