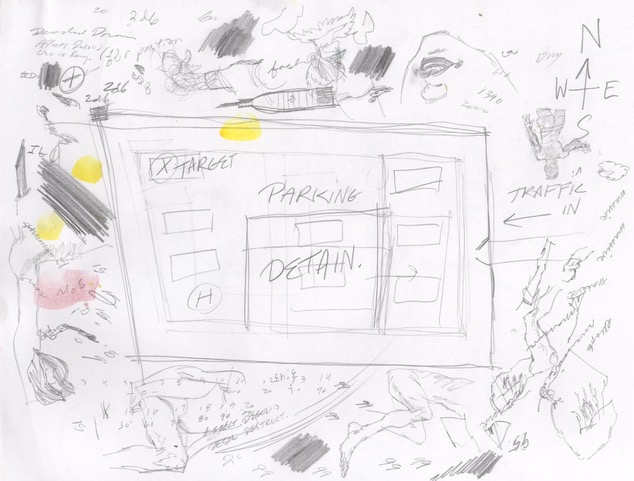 My Champions Now alpha play is concluded, and I’m moving into Beta. You’ll see a lot of things in the Defiants game which I decided needed to be revised heavily: Mind Scan, Desolid, assisting, and plenty of others which in the past I accepted as “well, that’s just Champions,” all hit the butcher shop for the first version of something I can genuinely call mine.

We played nine sessions all told, and here you can see #4-5. They are a beast of play-time, a topic I’ll address in the comments, and this is the first time where I’ve felt my necessary-for-viewing edits subtract from the full understanding of how we did things (not an enjoyable perception). I do think the results are entertaining and showcase the rules-use well. Summaries so you know what you’re in for:

Session 4 (below) is more socializing and talking, but it’s not trivial. The characterizations continue to build, relationships broaden, more of San Antonio gets seen. Brian (Silverbeak) spectacularly misreads the situation concerning Man o’War, and we meet Myrmidon, superheroic mascot/representative of Myrmidon Inc, who’s using stick-and-carrot to rope our heroes into the corporate orbit.

Session 5 part 1 is the early stages of the Mymidon-led assault on an ICE detainee camp, or rather, an attempted extraction and an attempted defense to keep Ghost from scorched-earthing the place (ICE figures it’s better to destroy the place and blame the heroes rather than to see it exposed and/or to have to deal with all these detainees anyway).

Session 5/2 is the outcome of those attempts, and if you don’t mind my saying, is one big impressive combat sequence full of characterization and suffering. I direct your attention to Mymidon’s real plan: to associate the new heroes with Myrmidon in public perception, which is another wing of the groundwork for them eventually to accept licensing for their powers, i.e. patronage. The point is for them to be maneuvered into de facto acceptance anyway, and to be so targeted by malevolent foes like Ghost, that signing-on would indeed be merely a formality.

Until then, Rod had struggled with his character concept for the Oblate, which never came together in terms of visual action. For someone with a Variable Power Pool, he relied heavily on his basic energy blast, mainly using the VPP for perception and investigation, and I noticed by this point that he kept saying “wizard” when verbally working out what he wanted to do. After this, though, the VPP really opens up as a visual concept and serious group asset, and a revamped name and look in Session 6. That corresponds in my opinion to Rod also playing Michael as accepting his de facto leader role, and although he might not realize it, priest.

Santiago thought a lot about these sessions as you’ll see in the later ones. One of his points concerned learning about superheroes from movies and TV shows, rather than from comics. The effect is to associate superhero stories mainly with extensive origin stories, especially being baffled or in denial about having the powers, and then being defensive or in denial about using them for anything, and only then and eventually acquiring the signature look. This sequence is so extensive that it’s either the whole first movie or the entire first season of the show, and often followed by B-grade standard A-team plots for the later material.

Therefore the sequence is itself perceived as the auperhero story, and the viewer has no idea, zip zero, that a given issue or brief series of issues of, say, Spider-Man, can itself be a story, often related to character development which is long, long past the origin events, and indeed, is the kind of story that the comics reader is most enjoying.

It’s compounded in Silverbeak’s case by a common trend – not in itself bad – to make one’s Champions character rather complicated. In this case it wasn’t positive: the public/secret power-sets, the point structures of each, Santiago’s unfamiliarity with the system, his insight about what he thought a superhero story was in the first place, his concept of Brian as well-meaning but not very deep-thinking, his reflexive decisions to keep separating his character from the others, a brief spate of mixing up the trial vs. accepted versions of the character sheets … it all gelled to make, or least lean toward, Silverbeak being stupid and rash, and for his powers to be vague in his own player’s mind.

Fortunately, this sequence of sessions corresponds with a number of reflections about it, and Santiago’s surprise decision about it in 5/1 turns out to be the start of Brian becoming a more solid, accessible, and likeable hero.

Speaking of which, Tina/Myrmidon turned out to be a remarkable character to play. I had a much more negative view of her in preparation, but in play, her conflicting array of Psychological Limitations was easier than I thought. I was purposefully grading away from ICE/Ghost as the game’s main antagonist, so ramping up the goals and actions of Myrmidon was important to me – but having a character to hang it on made all the difference. It also let me conceive of Noldo Viera more freely, and I’m sad we never got to see him in play.

14 responses to “This is villainy”