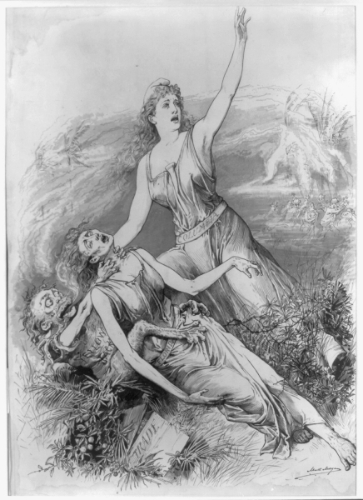 Nathaniel Duhring arrives in New Orleans, nineteen, broken, -hearted and otherwise. He has just fled the travelling circus that employed him as a freak act—the Puzzle-Pieced Paddy, surgically dismembered and reassembled time and again for the awed entertainment of cycling crowds. Nathaniel’s feelings toward the surgeon are hundredfold and conflicting—here is his mentor & tormentor, his ticket out of the small, bounded life of an immigrant’s son, out into worldly terror. Nathaniel’s agony feeds his four-year-old son, Nat Jr., but the circus is a novel prison. As the caravan shoved off westward from this sodden city, Nathaniel and the boy slinked away into the foreign bustle. Here, he is saved—not for the first time—by his faith.

Though Catholic by birth and upbringing, Nathaniel’s devout potential is gleaned by local Protestant minister, Reverend Cornelius Loftus. Loftus grants Nathaniel refuge in the church’s basement, while young Nat is gifted the security of upstanding adoptive parents, Timothy and Abigail Wyatt. In Abigail, Nathaniel glimpses echoes of his lost beloved, Jr.’s mother, dead of yellow fever and buried in the Duhrings’ distant hometown.

Inflated by Rev. Loftus’s outpouring of support, Nathaniel obsesses over the peculiar notion of his personal worthiness. At the docks, Nathaniel finds relief in menial grunt work. Despite the arduous labor and sweltering humidity, he dresses to conceal his ubiquitous scarring. For this, Nathaniel is made the subject of his coworkers’ ribbing. At shift’s end, he drinks—too much—alongside, but not with them.

What will Nathaniel make of this new life, he wonders, and sets out to pinpoint the crux of his importance, his selfless purpose to the not-yet-saved.

I recently wrapped up a long-running duet of Nathan D. Paoletta's Imp of the Perverse. Imp describes itself as “a game of Jacksonian horror” that draws on the work of Edgar Allen Poe.

Participants play Protagonists, individuals made exceptional by possessing a Greatest Strength, a passion or heroic quality that ties them to others, and a Perversity, a uniquely twisted quality that pulls them toward the darkness.

Each Protagonist is afflicted with an Imp, a supernatural creature drawn to our side of the Veil by their perversity.

This game was one of the best I've had the good fortune of participating in. I wanted this post to be comprehensive. To sum up the fictional events and thematic developments of 7 months of play into a dense, yet graceful longform essay.

To bookend this project, I asked my duet buddy to write one description of his Protagonist at the beginning of play when his Humanity was at 5 and another of him at the end when, after struggle upon struggle with his Imp, he departed play at Humanity 1, having become one of the monsters he fought.

However, the more I wrote, the more I felt like I was analyzing abstract mechanics, not getting at the heart of what made this game so impactful.

So instead of trying to write about the game with any attempt at exhaustiveness, I decided to zero in on two emergent behaviors that we discovered, like melodic hooks in improvisation, that I want to carry into future play.

Imp of the Perverse has a very distinctive vocabulary. Player characters don't advance or level up, they undergo 'Ontogenesis.' They don't have pools of mental resource points, they draw on 'Ratiocination.'

Somewhere in our first three sessions, we began to lean into this. My buddy's Imp's first appearances were announced by 'Angelic Tinnitus,' rather than just plain ringing in his ears. When he gained his first Impish Edge, it wasn't super-senses⁠—he gained Adamantine Hyperaesthesia. A few Chapters later, he wasn't shooting lightning-bolts from his fingertips, he was unleashing a Galvanic Charge.

While these might seem like small details, they went a long way toward making New Orleans feel like our Imp-haunted harbor. And it had tangible effects on how these Impish powers actually functioned. Sure, 'Lightning bolts' would have served to zap enemies just as effectively as a Galvanic Charge. But with its suggestions of early Galvanism and Dr. Frankenstein, my partner discovered all kinds of interesting uses for this Edge that probably wouldn't have emerged under a different name.

This is a dynamic I've also observed in naming Powers in Champions Now. Even if my 'Freezing Ray' and your 'Skeletal Grasp of the Grave' are numerically identical Entangles, given a few uses they are going to be radically different abilities.

Periodically revisiting names was another powerful way for us to make and mark changes in the fiction. Imp enforces this by having players rewrite their Protagonist's Greatest Strength every time it hits '0.' Each time this occurred was an opportunity to see how this core aspect of our Protagonist had changed.

One thing I'm not sure of is how much a name can accomplish on its own. In Champions Now, characters have a constant drip of points that allows players to sculpt the Powers into new, surprising shapes. While Edges in Imp don't quite have this level of differentiation, they do require an Exertion Roll, and each such roll means a player is betting a piece of their Protagonist's soul. There is no ordinary or safe use of an Edge.

I think Blades in the Dark is a game that relies almost exclusively on naming to differentiate its skills. Every Ability can be used, albeit with shifting Position and Effects, in pretty much every situation. In my experience, this led, over time, to Abilities becoming more and more similar.

My talky guy can smarm his way past the guards or your punchy gal can club her way through them, but these don't feel like significantly different options. BitD's Abilities end up feeling more decorative than aesthetic.

I'm currently playing Solar Blades & Cosmic Spells, an OSR game that provides very little differentiation between items, abilities, and characters compared with Champions Now. However, the game does intentionally provide lots of flexibility when naming and inventing items. A player's 'whalebone spear' might be numerically similar to a robot warlord's 'plasma cutlass,' but time will tell if they end up feeling like substantially different tools.

SB&CS also grants PCs and significant NPCs a "Concept," a 1-sentence descriptor that specifies each character's 'thing' (e.g., 'aging rogue from a cold planet' or 'wide-eyed tech wiz determined to see the Universe'). This concept is invoked to grant a character Advantage or Disadvantage.

While not explicitly in the rules, I intend to also have everyone revisit their characters' Concepts every time they level up (NPCs included). I think this may create a sense of developing, deepening characterization, even without a ton of mechanical switches and dials to play with.

To use the terms of S/lay w/Me (a game we played occasionally between sessions of Imp) our Chapters started 'tight.'

I played NPCs and the world as accurately as my research would allow. My partner focused on Nathaniel Duhring's interiority and the subtle social dynamics he had to navigate as a working-class Irish person man through upper-class Southern society. We rarely narrated actions or reactions on the part of each other's characters, and when we did, we asked permission before doing so.

Playing a historical game is like playing in the most detailed setting imaginable. It was important that we got the small things right, both to evoke the period and also to honor the forensic investigation that made up the midgame of each Chapter.

However, Imp accelerates rapidly. The triggers for each Chapter's "Anxiety" score are structured so that they get tripped in quick succession.  As Anxiety rises, clues become harder and harder to uncover and Protagonists get closer and closer to their confrontation with the Monster. This generally resulted in us playing 'looser' in the endgame.

One of my 'Gos' in a climactic conflict might include the Monster's action, its effect on Nathaniel, and some description of Nathaniel's reaction. My partner's Gos loosened up just as much. This created a much more frenetic pace of play.

We also had an interesting outlet in the form of Nathaniel's Imp. In our duet, the Imp became a shared character. Sometimes, my partner would bring the Imp into scenes in surprising ways. Sometimes, I would push its dark presence into frame, keeping Nathaniel from getting too comfortable.

Effectively moving between 'tight' and 'loose' play requires careful attention to your fellow player⁠: When does narrating their character's actions and reactions deepen their enjoyment, creating the sense that someone else 'gets it,' it being what they want out of the character (like a conversation between soloing instruments in jazz)? When does it feel like overstepping, taking away your fellow player's agency?

Our next duet is going to be Runequest: Roleplaying in Glorantha. With relatives, followers, and spirits everywhere around us, I think we'll have ample opportunity to explore the potential of shared characters.

I'd also like to get better at moving between tight and loose play in larger groups. It's much harder to do well with three or four other 'instruments' to listen to. I think shared characters may be an effective place to develop this back-and-forth musical 'texture' in a group context.

I'm still disappointed by how ineffective this report is at capturing what made these seven months of play so rewarding. I look back on what I've written and just see scraps, not the living, breathing imaginings my partner and I stretched between us like a tapestry.

But I suppose writing about your favorite jazz album will never approach actually listening to it. My partner's verbal portraits of where Nathaniel began and ended make far better listening than my analysis. I'll end with them:

We can all be together—all of us: the living, the dead, Catholic, Protestant, servant, master. We can be one family, if only Nathaniel Duhring can tune his suffering finely enough.

This is Nathaniel’s core, monstrous belief. He has succumbed entirely to his imp’s perversity—sinking so low as to murder young Nat Jr.’s adoptive father, Timothy Wyatt—to preserve the possibility of familial communion, he tells himself. There is no sin Nathaniel cannot justify under his tenets of autocrucifism. He now inhabits the abandoned home of one of the bayou’s vanquished monsters. He has reinvented the machine which in the monster’s hands was evil, but in Nathaniel’s can be just—if only, if only… He and he alone can put this mechanism to work for good.

Into the the machine Nathaniel has wired another fallen monster, another false prophet, whose body will serve as a spiritual conduit and beacon, the central node of a universal love of Nathaniel’s making, a love from within and without, a love that will reach every corner of every soul on this plane and beyond the veil. Everyone. Yes, he and Abigail and the boy will be inextricably linked. At long last, perfect harmony is within reach. This must be the heaven preached from the good book. So why is it only me and—only me?

Actual Play
Imp of the Perverse