That’s how you unfriend people in the Middle Ages 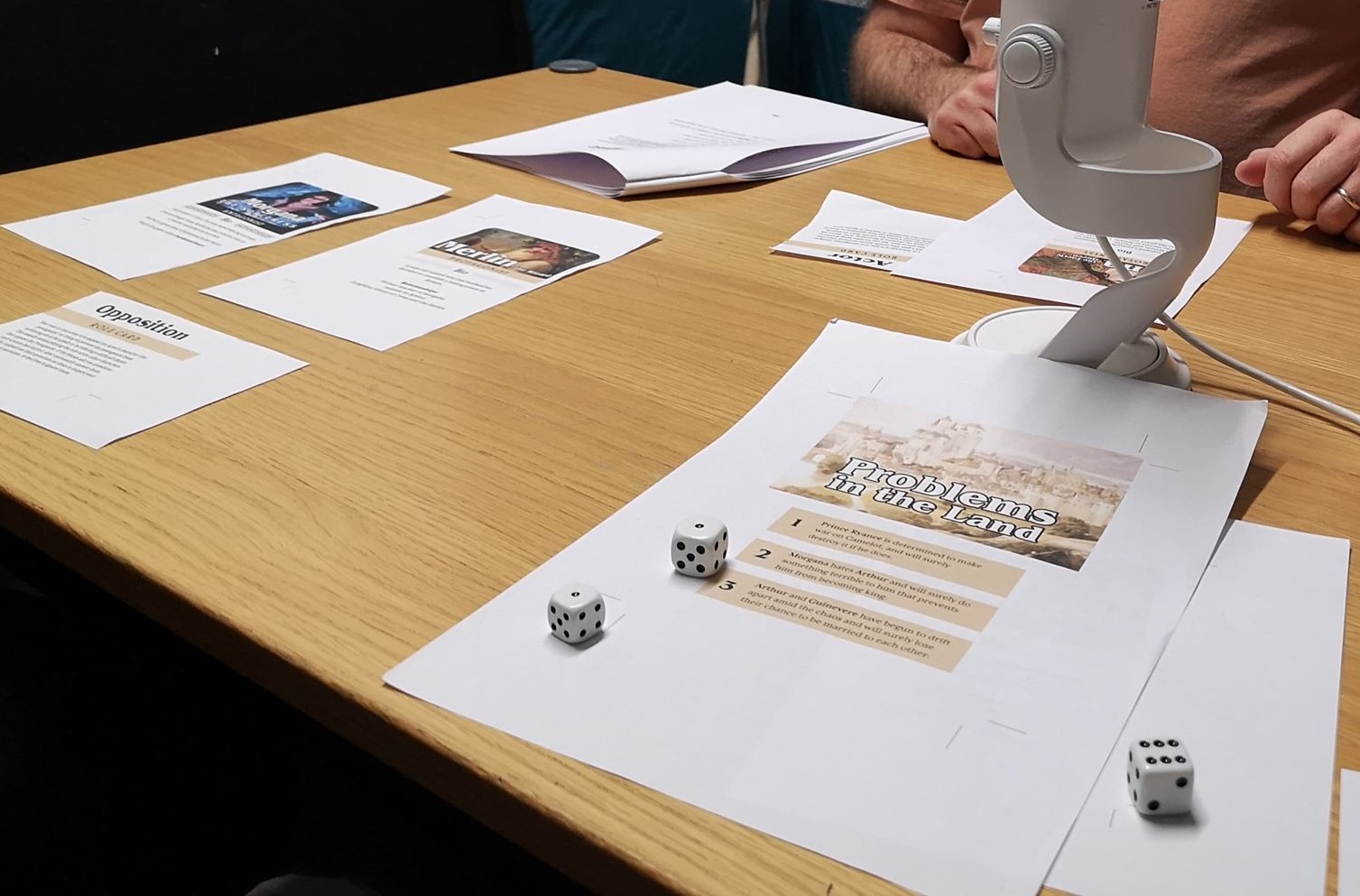 Given the ambitious purpose of Tales of Round Table, it’s useless merely to read and opine about it – one has to do it. But then again, given that the purpose concerns first-time and, preferably, entirely naive users, perhaps any of us “trying it out” is compromised past the point of utility. I’m not that far down the road, but clearly, as distinctly not the target audience as I am, it’s risky to present a personal conclusion as genuinely informed.

Be that as it may, I played twice recently: once at Kimcon, which is an annual apartment gathering that’s been going on for some time; and once at Spelens Hus, now familiar to most people reading this as my local haunt in Norrköping. We didn’t record at Kimcon due to the close quarters and generally casual setup, plus me being a first-time attendee who didn’t want to be too “special,” so the video about that is just me talking to you. But the other session is recorded for you to see.

The embedded video begins the series about playing the game, but it’s part of the overall playlist which includes the first discussion with Zac.

The topic for this time is scaffolding, which is explained in detail in the first video, and I’d like to stay with that. I have a fairly intense deeper-dive list to go over with Zac, and I’d like to have that processed and available before opening it up to discussion. For now, I’d like to see comments about games that you think are, intentionally or not, particularly good at the scaffolding process.

Actual Play, Spelens Hus
Tales of the Round Table