A Few Sessions of D&D 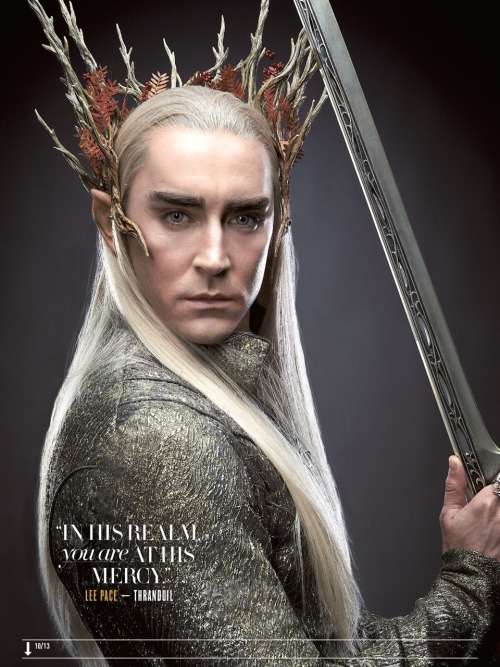 Ok, so here’s what I’ve been doing in my D&D campaign. I'm putting it here because I want to contrast it with the Star Wars game, looking for deeper understanding and analysis.

Anyway, the basic setting is that the world is currently ruled by a decadent, decaying Elven Empire, where humans are the main slave race; what’s unknown to most is that this world and everyone in it is threatened by the Others, Lovecraftian-like entities who tempt followers with dreams of power. Rifts in the world have formed that allow some of these extra-planar entities through, and these rifts are getting wider; to stop them, the PCs need to gather five magic medallions that have helped seal these rifts in the past. This background was all established during the first few sessions.

So what I want to talk about is the most recent 3-4 sessions (we’ve been playing about a year now, so a lot has happened since the start, but this is what's most relevant I think). In pursuit of one of the ancient medallions, the party (mostly humans, one half-elf) makes its way to the Elven city of Riverton. There was basically no way I could anticipate what the players would do here, so I prepped by sketching out a quick map of the city, adding a couple of areas of interest, and creating points of conflict – Elvish politics with different houses jockeying for power, human rebels, Elvish Mage Hunters and Inquisitors searching for illegal human magic-users, a criminal underground led by someone referred to in hushed tones as One-Eye (he’s a beholder, haha), and servants of the Others who are also in pursuit of the medallions. The only event I prepped was that Hassan’s Raiders (the human rebels) would try to stage an uprising at the next Arena Game (which is basically a sadistic game show, where slaves who failed in their duties have to face various monsters in the arena, and usually die badly). Then I let the players have at it.

During play, in contrast to the Star Wars game, with few exceptions I felt no pressure for any particular session to have any kind of climax, or to have anything in particular happen by any specific time. I just reacted to what the players did as made sense at the time, given who they were interacting with and their motivations. The first Riverton session didn’t have much of a climax, as mostly the players just learned the lay of the land (their characters had never seen a city before), and tried to figure out a way to get into the city. The next session was quite exciting, as they followed clues, tried to make contact with the rebels, and wound up fighting the beholder. They killed it, but their use of magic attracted Mage Hunters, who attacked and captured one of the PCs (the Ranger), so the session ended on a cliffhanger – and again, none of this was planned to happen.

Next, the PCs (who thought their ranger friend was dead) help foment a slave uprising with the Raiders when they attack the arena; they capture the game show host and abscond with him to a secret rebel hideout. As elvish troops try to put down the rebellion, the servants of the Others, concerned that the party is getting too close to obtaining another medallion, respond by unleashing an undead plague on the city. The characters (now with the rebels), want to help get the civilians out of the city before too many of them fall victim to the undead – and decide to take over the docks and commandeer every ship they can, load them up with refugees, and escape down the river. Before they can attack the docks, though, the party learns that their PC comrade is alive, and being held in the Central Tower.

While captive in the Tower’s dungeon, the Ranger is reunited with his long-lost father, who is now a head slave, and who pleads with him to voluntarily accept slavery and join this Elvish house – otherwise, he’ll surely be executed as a rebel. After a lot of arguing back and forth, and the exchange of harsh words, the PC refuses. When elvish guards come for the Ranger, the father begs to take his son’s place; an elvish Inquisitor says she’ll take this under consideration, and takes the father away. I added this bit about the father in on the fly, because the poor player was sitting with nothing much to do while his character was in jail (note: in his backstory, the player had previously established that his father had been missing for years).

Next session, while Hassan’s Raiders begin their assault on the docks, the party rushes to rescue their friend. Once in the Tower, one of them (the Sorcerer) breaks off and sneaks into the Hall of Records, intent on finding out who killed his family when he was a young child (the trauma of it unleashed his wild magic for the first time, and he knows it was elves from this city who did it). Now, I hadn't prepped a Hall of Records, but when the player asked me if there was one (and told me why he was looking for it), I just went with it and said yes. It took little effort to figure out where in the Tower it was, and what kind of guards, etc. it had.

The rest of the group sneaks into the dungeon, but Mage Hunters are waiting for them – and there’s a major battle. The PCs emerge victorious but injured, and get the Ranger out of his chains. The Sorcerer (with the judicious use of stealth and invisibility) successfully steals a scroll detailing the events around his family’s death, but has no time to read it as he hastens to rejoin the others in the Tower's dungeon. Meanwhile, a large swarm of undead surround the Tower and try to break in. Elvish troops bar the main doors, but cracks are beginning to appear in the wood as the howling undead press against it.

That’s where things ended last session, another cliffhanger, also completely unplanned. I have no idea what will happen next session, either – will the characters work with the elves against the undead, or try to fireball the lot of them? Will they leave that PC’s father for dead? I also don’t know if there’s another way out of the tower; if the players actively try to find a secret passage or something, I’ll create one on the fly.

So as DM I felt overall more relaxed during these sessions than I did during the Star Wars one-shot, where I felt under more pressure to ensure a complete narrative arc happened. These sessions did require some initial prep, but the prep I did was mostly fun. Although I wasn’t consciously thinking of them in these terms at the time, I wonder if any of these events count as bangs, specifically: Hassan’s Raiders assault on the arena, and the Mage Hunter ambush in the dungeon?

I did feel a bit of pressure sometimes to do something extra, when it looked like the players were spinning their wheels, or otherwise when the game started to get slow. Perhaps these are occasions when bangs can be put to good use? What I actually did was usually call for a roll, investigation or something, and use that as an excuse to feed the players some interesting information (“you rolled a high perception? You notice a scruffy-looking beggar has been staring intently at you, and is now sneaking off towards an imperial guard”). Oh, I also unleashed the undead plague when the players stopped for a long rest 🙂

How satisfied was I with the sessions? Well, everyone seemed to enjoy themselves – two of the players changed their vacation schedule to accommodate the game, so it seems people are getting something out of it. The story that emerged is exciting and interesting to me, but it’s not quite as fulfilling (yet) as the Star Wars game was, with those dramatic personal conflicts at the end.

My guess from reading Circle of Hands and the Annotated Sorcerer, is that the way I GMed these sessions of D&D is a lot closer to running one of them than it is to intuitive continuity. But I appreciate any observations or feedback any of y’all might have.

4 responses to “A Few Sessions of D&D”