Treason for a reason 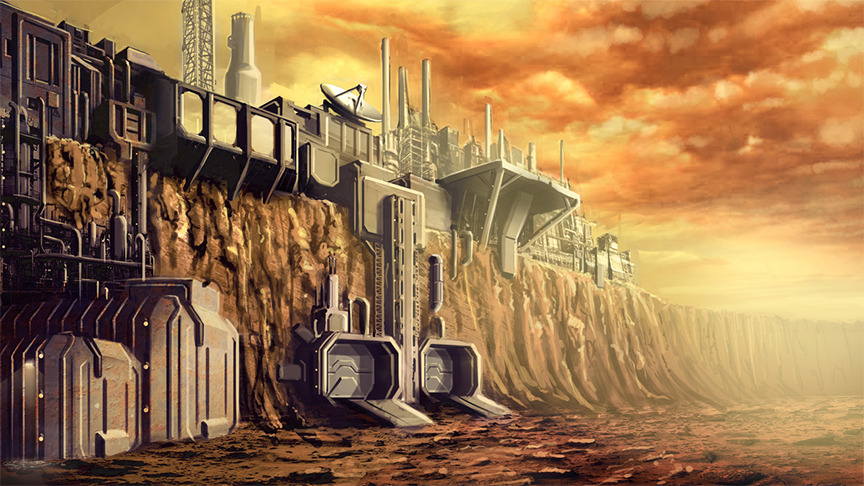 Here’s our first session of 39 Dark,with me and Moreno, for what looks to be a multiple-session event. I’ve been looking forward to that, as I think this and its prequel, Mars Colony, are both worthy of extended investment, characterization and character development, and reflection between sessions.

I know these games well, because Tim and I were both skeptical of twosie design until we tried Sweet Agatha together – and very quickly thereafter, had played several and were designing our own.

I was thinking about the 39 Dark factions as generated by the rules, only one of several great things about this design. Unlike the 1:1 correspondence with political parties as in Mars Colony (see the recent post), the factions are generated through overlap between the real-life fringe/dissent groups you use.

In our case, we chose groups from our nations of residence, and each of us included a pretty uncompromising right-wing group: 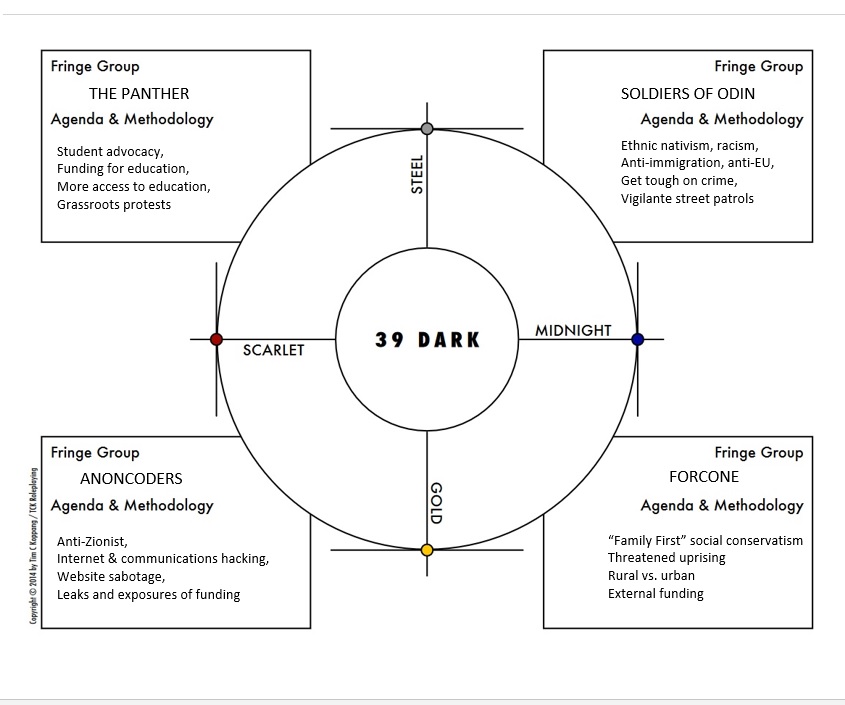 I realized something: that if Forcone and The Soldiers of Odin were placed at diagonal corners, then every faction would be significantly right-wing, and 39 Dark would basically be a proto-fascist effort. I really struggled with this, and even considered rolling dice to see who would go where, because if they weren’t so placed, then I anticipated a half-square split that would outweigh the overlaps.

As it turned out, I swallowed hard, decided to place them adjacent (as see above), so that Midnight became very terrifying and Scarlet became a little bit ideologically isolated. I put some thought into distinguishing strongly between Midnight and Gold, and between Midnight and Steel, so that a false alliance which simply recapitulated the extreme presence of Forcone wouldn’t take over play.

* art by Adam Bujorian, chosen because it matches some of the imagery I was imagining during play.