The way we roll 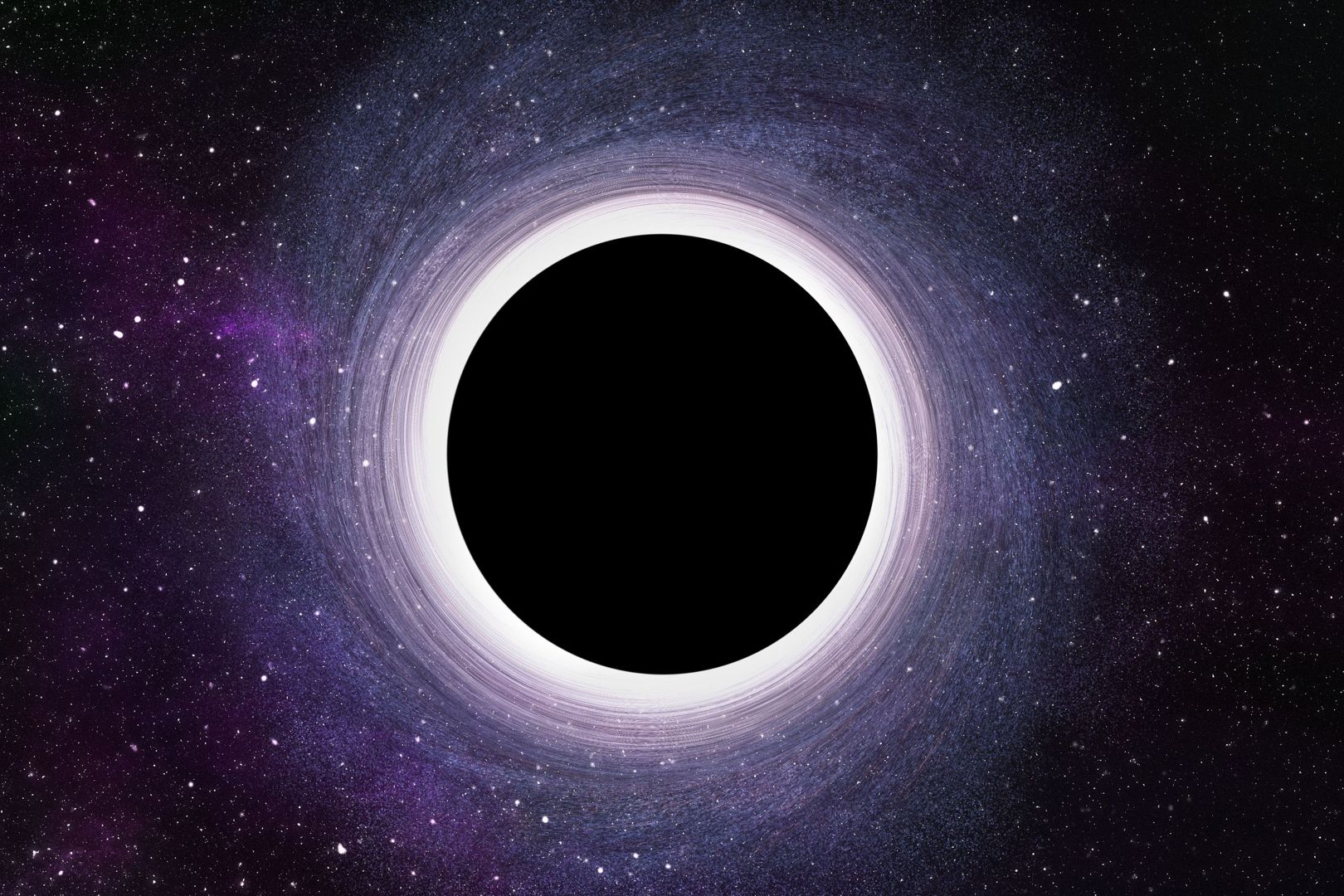 Kickers aren’t confined merely to their initiating events. They’re what those events become, measured in human costs. Alain found his bid for tenure challenged by his mentor’s bitterness. Maxine’s band landed a sweet record contract. Michael’s criminal enterprises brought danger to his family for the first time. Nothing anyone armed with demonic forces couldn’t handle … except that this time, for each one, it was to be the turning point he or she never saw coming.

This session is composed of four rapid-fire rounds of conflict. I’ve diagrammed each one in the video, but I’ll reproduce them here for discussion.

Here’s where we started: John is initiating a Summoning ritual, beginning by downing all the pills in his vial of his heart medicine, which is to say, poisoning himself. 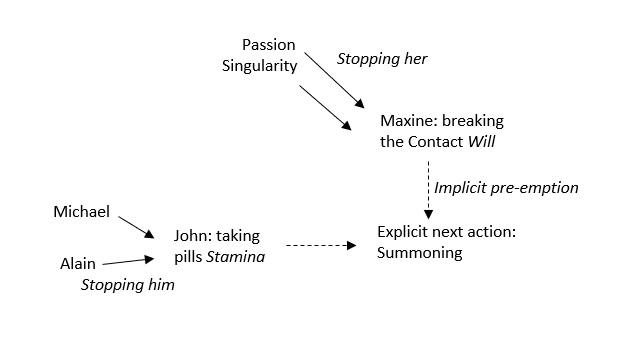 What happens? In each, the less-likely occurs. John succeeds; neither Michael and Alain can stop him. Maxine actually breaks the Contact despite the efforts of two monstrous demons.

Then, well, as the demons attack Maxine and Michael gets in on trying to settle them down, Alain keeps trying to save John

Suffice to say that Alain fails, Michael succeeds, and Maxine gets hit hard. Next, Michael has managed to recover Fugue’s loyalty and tries to reduce Passion’s power, while John and Alain wrestle for control over Singularity; meanwhile Maxine struggles to stay in command of her own faculties despite severe damage.

Passion weakens the Contain, un-Punished, John regains control of Singularity, and Maxine stays conscious. This is a big deal because she’s the only one who can Punish Passion without a roll. Which she then goes on to do, as Michael tries to continue as well, while Alain uses Singularity to try to save John’s life as the poison kicks in.

As it happens, Maxine does knock Passion down via her free Punish, and then – crucially – comforts the demon and feeds it its Need. Alain manages to stabilize John so he doesn’t die (not then and there, anyway).

As an exercise, consider how it would all have looked very different if during the first round, the demons had prevented Maxine from dropping the Contact, thus making it possible for John to initiate the Summons in the second round. In that case, Singularity would have betrayed Alain to aid John, Binding or no Binding, and Passion would have tried to influence Maxine to aid in the Summons. Zac was already playing Michael as one hair away from shooting John, after all.

Are the Kickers done? No, not yet. We need to see the shake-outs and the human consequences in play.

4 responses to “The way we roll”