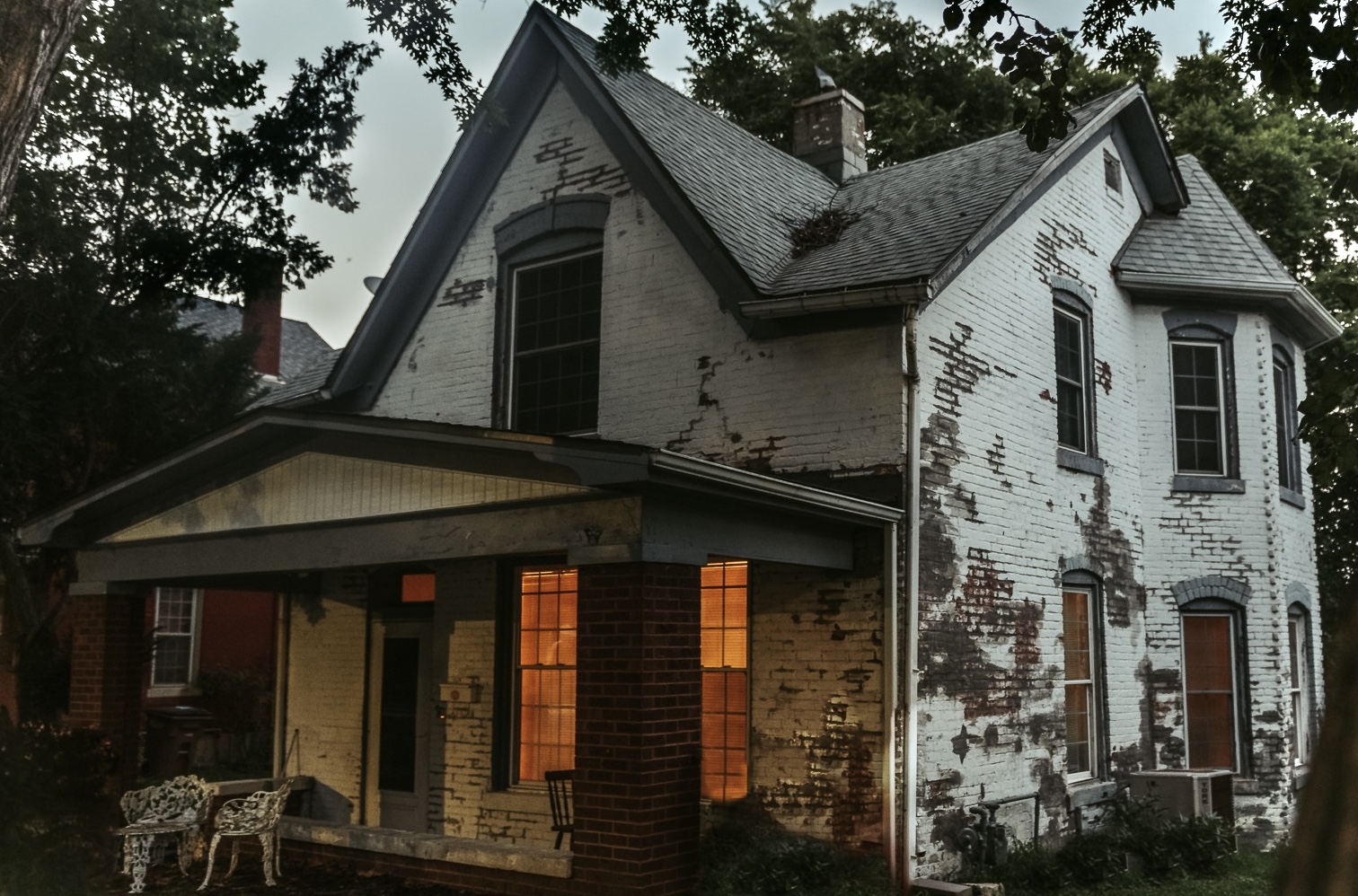 I have played 15 sessions of Sorcerer since April, resolving one set of Kickers with my Runequest buddy David and his brother (another Noah), then a second set with the brothers plus Sam.

Inspired by the form of Mansfeld’s posts, I’m going to describe the Sorcerers in our game, their Kickers (for PC Sorcerers) and how they were resolved.

My purpose here is celebration, and also inspiration for others to play this game. Sorcerer has a reputation for being difficult. Nothing could be further from the truth. Terrifying? Funny in a Freddy Krueger way? Potentially revelatory? Absolutely. But only difficult insofar as participants try to impose control. If you are capable of actual play (which is so much easier than nerd culture makes it out to be), Sorcerer is effortless joy.

As GM, I brought the following two Statements:

Gothic stonework; the names of angels in Latin and Arabic; Catholicism and blood

The players created and played these Sorcerers:

Owner of a demonic bed & breakfast, The Bird & the Bee, whose Need was sexual voyeurism. Doyle was mentored by the B&B’s previous master Leffy, who tutored Doyle in his sorcerous philosophy of “Power, Prosperity, Longevity.” Doyle’s daughter Hip lived with him inside the demon.

First Kicker: The B&B spurred two of its guests to such sexual athleticism in pursuit of its Need that they expired mid-coitus.

Kicker Resolution: After disposing of the bodies and using the B&B’s powers to ensure even the best forensics couldn’t pin the murder on him, Doyle summoned a demonic girlfriend (the actual Whore of Babylon herself, aka “Delilah”) to ensure a steady supply for the B&B’s Need; Hip befriended the dead couple’s middle aged daughter, helped her look for her parents (to no avail), and invited her to dinner. Doyle, Hip, the daughter, Delilah, and Leffy had a wonderful dinner together inside the B&B, and Doyle was grateful he had managed to keep his family together.

Mad caretaker of the dilapidated Sallie House, a renowned haunted house in Atchison. Addicted to snorting the termite dust of the house. Master of Tarfatil, guardian of hell in the shape of a cat whose Need was warmth.

Kicker: A “Condemned by the City of Atchison” notice on his front door. This was orchestrated by Tobias’s sister-in-law, who hoped to dislodge him from the house and get him help (though “help” here meant forced institutionalization, a horrifying topic I learned a lot about during prep).

Kicker Resolution: After many mad hijinx (including presenting a plan to turn the house into a nightclub to the Atchison City Council under the demonic disguise of a Talisman Shirt), Tobias was brutally murdered by Leffy in the woods outside town, the first murder Leffy committed to feed Pete, an enormous demon trapped in one of the foundation stones of St. Benedict’s abby. Leffy went to Doyle’s family dinner right after.

130-year-old man hiding out in the beautiful Prairie Havens nursing home with his demonic cane, Quercus.

Kicker: Brenda, fellow Prairie Havens resident and the love of Erwin’s life, died unexpectedly, and Erwin is convinced there was some kind of foul play.

Kicker Resolution: After discovering that Prairie Havens is built on land tainted by Cold War nuclear weapons production, and that the number of residents dying from resultant cancers (including Brenda) is well within “risk tolerances” for the management and environmental regulators, Erwin teamed up with Vietnam vet Opie to burn Prairie Havens to the ground. Erwin tried to extend the life of his, Opie’s, and Brenda’s friend Lola through demonic means, but after the demon Marked her and her grandchildren, Opie told Erwin that he’s thoughtlessly brought contamination into her life, just like the managers of Prairie Havens. Using Quercus, Erwin kills his other demons, then throws his cane (and the source of his Vitality) onto the fire. Quercus and Irwin watched each other burn.

Doyle’s Second Kicker: Hip is in a relationship with a Sorcerer.

Leffy’s Resolution: Knifed in the back and pushed down the basement stairs by Delilah, Doyle’s demon lover. She hoped to make Doyle a mighty Sorcerer. When he refused and Contained her, she called Hip and told her about the murders and crimes committed by Leffy and Doyle. This imploded Hip and Doyle’s relationship and made Doyle a man on the run.

High-school kid, apprentice agricultural welder, leader of a spiritual group made up of fellow high schoolers. He uses his demon, a shard of stained glass with the Virgin Mary’s left eye on it, to Taint people with transcendent angelic perfection, granting visions and allowing them to experience divine purpose.

Kicker: Elijah and the rest of his group graduates from high school.

Kicker Resolution for Elijah and Doyle: After unsuccessfully trying to hold his friend group together, Elijah formed a new one using desperate people he befriended in AA meetings. The demon’s Taint power was monstrously successful, and Elijah and his followers became brainwashed, white robe wearing cultists.

After nearly dying during an intense Summoning attempt in the woods, Doyle was revived (and Tainted) by the cult. When both Sorcerers regained their senses, the group had brought on dozens of members, had taken over several buildings in Elijah’s apartment complex, and were cleaning up unsightly areas of town, including the husk of Prairie Homes.

Elijah and Doyle recognized each other as Sorcerers and left the apartment complex together. Elijah was horrified and disappointed by what his demon had done. Doyle was convinced that the demon had given him true happiness and begged Elijah to help him find Hip so they could be angelic zombies forever.

On an abandoned stretch of road, Elijah pulled the car over and incinerated Doyle with demonic fire (Doyle succeeded in a snapshot Summon, but still took enough Special Damage to be killed). Doyle’s Kicker resolved with his charred corpse still crawling toward Elijah, hand outstretched toward sorcerous power. Elijah’s Kicker resolved with him leaving Atchison to hunt down other Sorcerers, convinced he is the only practitioner with the strength of will to wield demons responsibly.

I was deeply moved because the burnings (Quercus, Erwin, and Doyle) occurred back-to-back in the final session. To me, the twin conflagrations of Erwin voluntarily giving up his demons and Doyle grasping after someone else’s marked the moral poles of our grim, uproarious game.