My Life with Master – Shakespeare in the Hills Edition 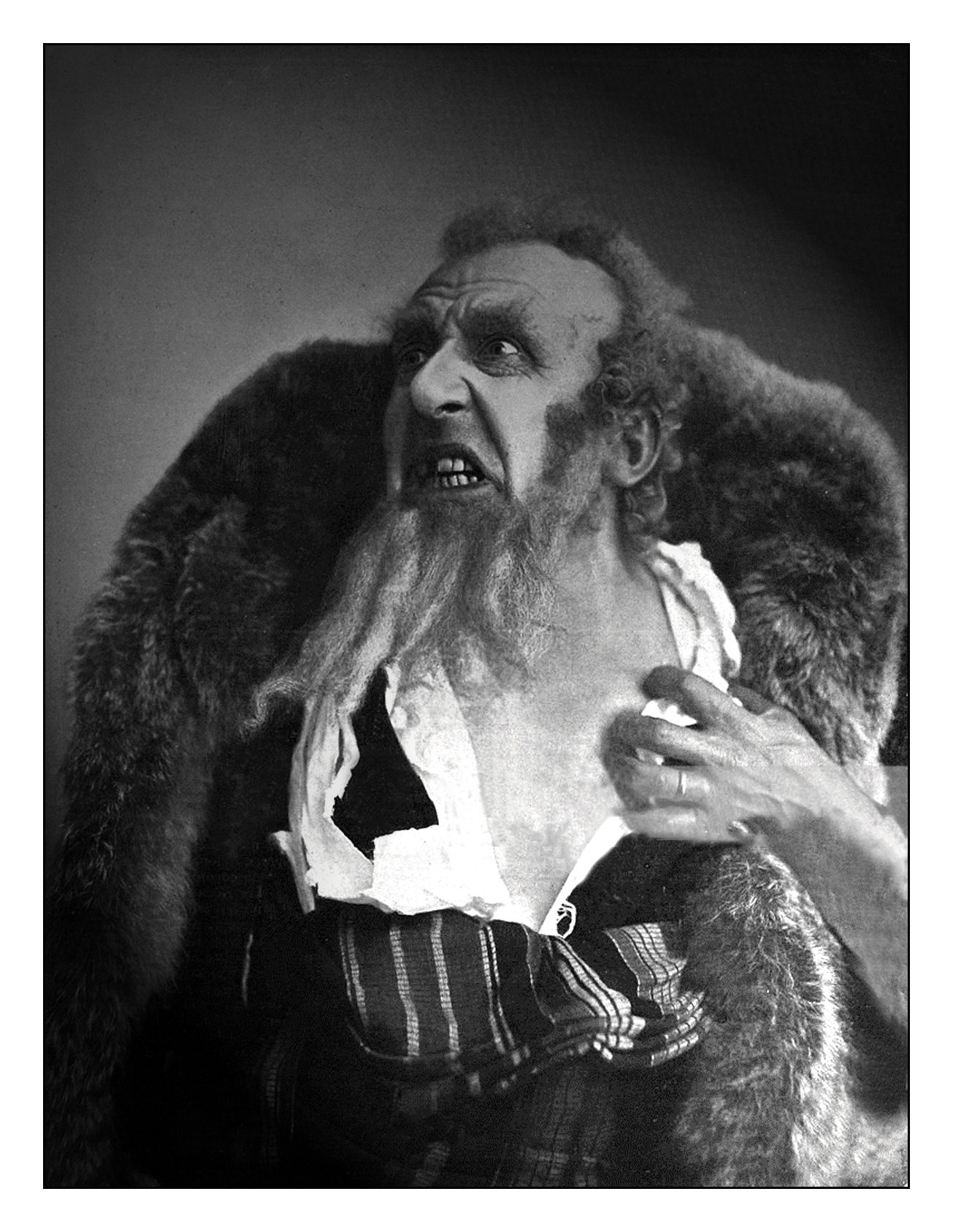 Tonight was session 0 of our first ever game of Paul Czege's My Life With Master.

First we developed the Master who remains as yet unnamed (but not untitled – he is 'the Dramaturge'). He is a monstrous playwright who thinks himself a master of the art, but who is actually a venal physical beast unable to control his lusts and who never finds satisfaction with the inspirations brought before him… he seeks to write a great play to amaze and amuse the folk of Paris. Since he can never quite find the inspiration he needs for this breakthrough masterpiece he sends us, his minions, to gather better inspiration. He has seen all the great plays, but wants greater. "Romeo & Juliet were fine… but we need something more sublime… bring me two enemies who hate each other and make them fall in love here in my wine cellars. That might be what I need." But whatever we bring him, he destroys in his lust and violence.

And we are his minions. Sent to the village to bring him his entertainments, his visions, and that furtive spark of inspiration that is all he needs to transcend the limitations of all other works.

I am a grotesque beast of stone and wings. The scout for the master's minions, treated as a flying hound, never worthy of being a person. Carved in the form of a man from the village, I quietly stalk his widow now, hoping that she'll see her dead husband within me. 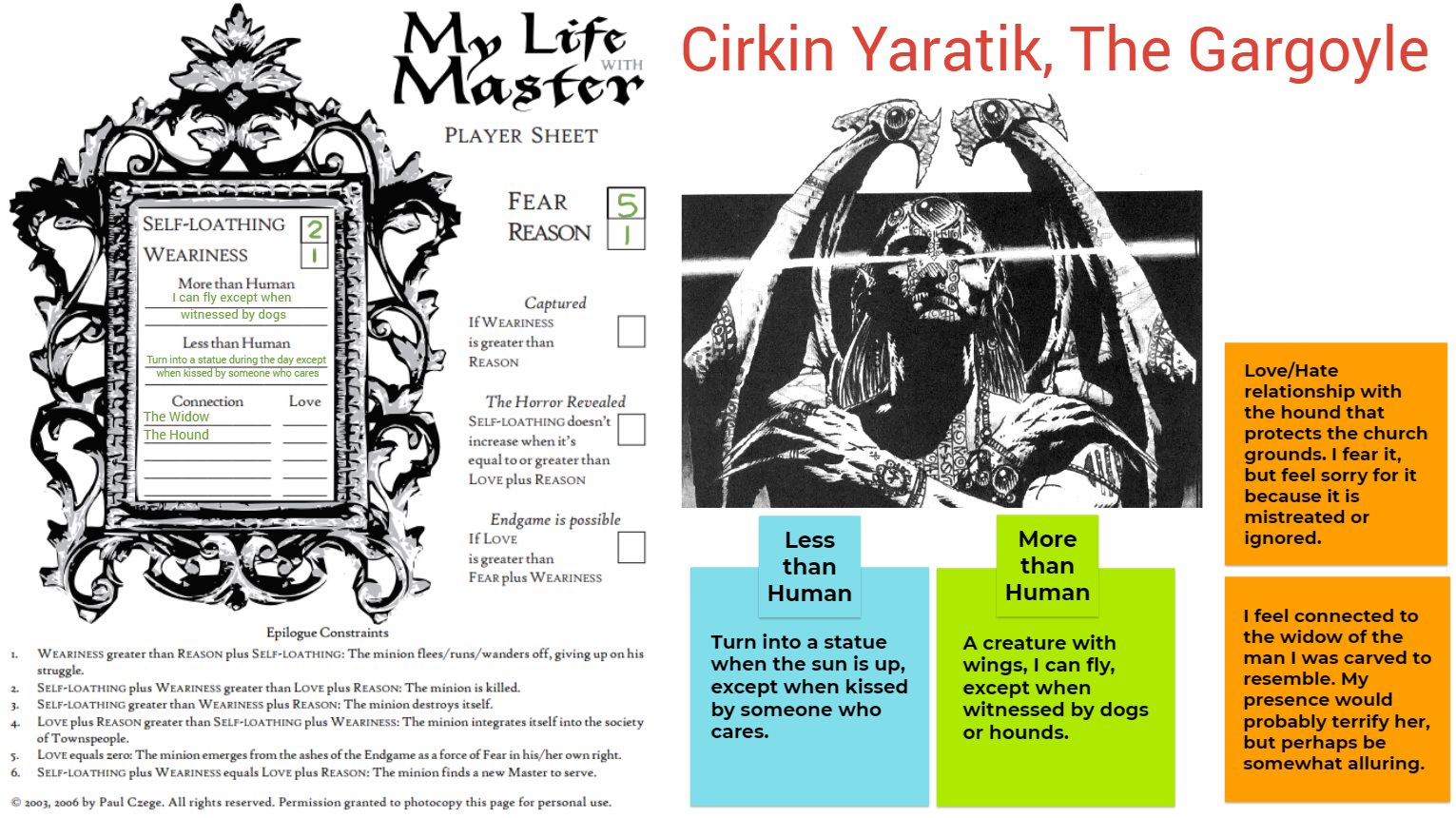 (Art by Christopher Shy, I believe, from Montreal by Night)