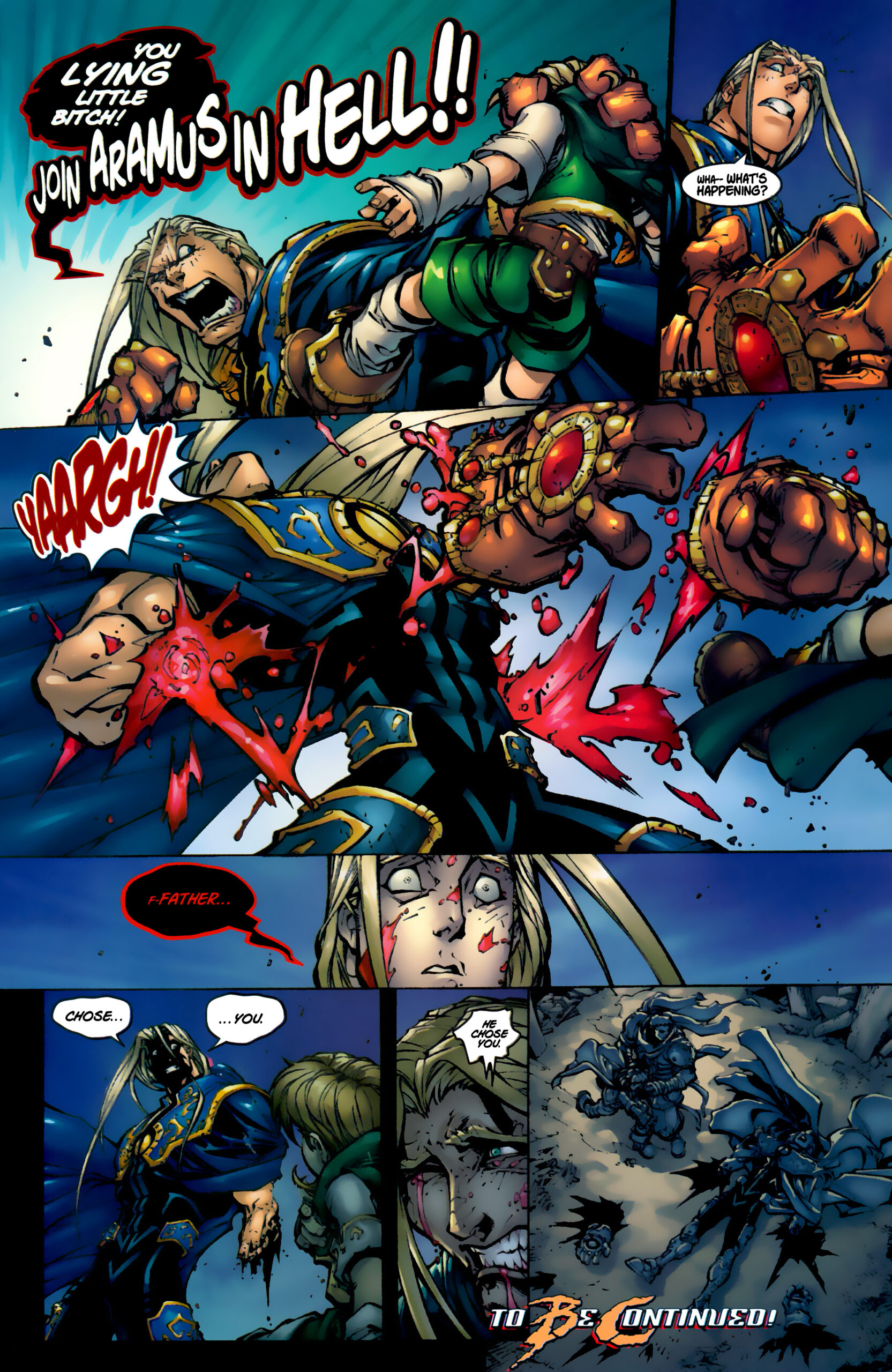 So this is about the best game I’ve played. It happened in 2009. It had two players, Me and LukeA, we played over the course of ten sessions and each session was between six to eight hours. In terms of discussion I think there are two notable things about it, solving choreography problems and the agenda in play. I’ll give each a section.

So in 2009 I’d read a load of the Forge theory forums. At the time I thought CA was over rated and I was probably a Simulationist anyway. Also why were people yapping about creative agenda when there was all this other good stuff? The good stuff in question being all the work that ‘solved’ choreography issues. What’s also kind of interesting is that after my actual CA enlightenment moment from about two years ago. All the ‘solutions’ now seem facile and misguided.

So what were the choreography issues? For me, they were that combat sucked and most systems had too much whiff across the board. What me and LukeA wanted (at the time) was for stuff to happen like it did in Star Wars (more or less).

I designed a system based very loosely on the 7th sea system. For skill checks you now failed forward. Only roll when something is important or failure is likely or it’s dramatic. For combat the biggest change was that wounds became conflict points and loosing them meant defeat not death.

When we rolled we’d roll very early in response to an intent and then the narration would be a duel affair. The player narrates their characters failure or success and the GM narrates NPC’s and their reactions. There were a lot of exceptions to this but it was kind of a baseline.

In hindsight a lot of the work was actually more about ‘what’ got narrated and how rather than the system changes in and of themselves. Combat especially was now a very cinematic and fluid affair in contrast to the turgid parade of misses and whiffs of our old systems.

I think it’s easy to shit on FATE and Dungeon World (and I do) but where I think they might excel is in just getting rid of the trad garbage when it comes to choreography. If people are getting the same kind of buzz from these system as I got from mine, it’s easy to see why they’re held in such high regard.

So the next notable thing is what we were doing with the system, what was our purpose?

Well we wanted to do action adventure, like Star Wars. The actual setting though was a mana-punk fantasy world heavily influenced by the comic Battle Chasers. I don’t think either of us thought about structure much. The GM would create a railroad that the player would travel down because the railroad was tailor made for that characters goals anyway. (this came back to bite us later but I’ll get to that).

So in this case I created a character and gave it to Luke to prep for. Here it is:

Discovered on the streets as a small horribly burned child by Pharis (Far-is).

Oiru was about three when he was discovered and would initially only say one word, his name, Oiru.

Eleven ran away from the Orphanage and Pharis got him at 13.

Pharis is a master thief and as the years past he became the head of this elite pack and extended his influence over the criminal underworld. Oiru was raised to be stealthy (Pharis figured that someone that ugly wouldn’t want to be seen) and join the ‘Talons’, Pharis’ elite group of thieves.

So he was trained to be stealthy and nimble and learnt the arts of thieving all the while being looked down upon by his peers, both for his horrific scars and his youth. This made him more eager to please and he excelled in burglary, just earning him more animosity from his peers.

We start with Oiru being about seventeen

The Talons consist of Pharis’ personal unit. He draws up the plans as to what he wants stolen and then the Talons go and get it. This has made them all wealthy and they enjoy the fine things in life. They also have extensive contact with the higher orders of criminals throughout the Empire. Pharis himself knows fixers, others thieves and all sorts of people. He actually travels in high society at this point.

Rakos: The de facto leader of the others and the one that bullies Oiru the most.

Pharis: Oiru looks up to Pharis and wants to please him, (We’ll leave what Pharis thinks about Oiru as emergent, we know he finds Oiru skilled but not necessarily valuable or irreplaceable)

Princess Sirena : All we know about her is that she’s sexy and Oiru finds her so and dreams she’s some kind of ideal woman. What she’s actually like is to be decided.

OVER ALL PERSONALITY AND TRAITS

So LukeA went away and did his prep/railroad. I’ve got fairly extensive notes written down but here’s some of the stuff from the first third of session one.

Oiru, a burnt thief of the Talons, has snuck into the palace grounds again to spy on the beautiful Princess Sienna. Oiru is lonely and shamed of his scarred face, watching the princess and dreaming he is a mighty hero is his only escape.

It is then he sees a shadowy figure also among the roofs of the palace. He goes to investigate but the figure is gone.

Oiru is called by Pharis, the head of the Talons, to a meeting. They have been commissioned for a grave and dangerous job. They must steal the Ice Dragon. A blade of great power that lies within the palace.

The Talons break into the Palace and Oiru and Darius grab the blade. Something has gone wrong though. An alarm is triggered. Oiru grabs the blade and the Talons try to flee, only Oiru escapes.

Heading back to the lair he sees that the Imperial guard have surrounded the place. He hides out for the night and discovers that the princess Sienna has been kidnapped, while he and the other Talons were stealing the Ice Dragon. He heads to the home of Pharis and discovers he has been betrayed. Pharis owed a favour to the dread assassin Night Blade. The Talons were merely a diversion while Night Blade abducted the Princess. In a rage Oiru demands to know where Night Blade can be found. Pharis mentions a Slekke fixer in Seraphy named Saris.

Not knowing what to do Oiru turns to his Hero. The great Lord Skyreign. The one who ventured into the dark lands to find the Ice Dragon. Yet after telling Skyreign of what he has learnt, Skyreign summons the watch. Oiru flees in despair. If no one will believe him then he must rescue the Princess himself.

So how much was LukeA preparing? After giving him my character he went away created a fuck ton of backstory. When I found the Princess and what the villain who kidnapped her would reveal, was all prepared In a Roads to Rome style. So no matter what I did I’d find out the big reveal and so on. Now it wasn’t that I felt I was being railroaded because I was an easy character to plan for. What Oiru would do in a given situation was fairly obvious.

Really the whole thing lived in that odd liminal space between railroading and just finding out. We had to stop play during session eight to have a discussion. LukeA had prepared for me (Oiru) to go to my parents old house but I thought Oiru didn’t really care about any of that. When me dad (gone bad) turned up in session 9 and was revealed to be the big big bad guy. It was a little flat.

So an interesting thing happened during session 5. What’s unfortunate is I can’t remember if I had to roll for it or not.

Nightblade was actually a girl called Hannah and for various reasons we were working together. At some point the people who killed her father turned up with an overwhelming force and she was determined to fight them, in what was basically a suicide mission. She was overcome with hopelessness, guilt and rage. I think the events went like this:

Alex (as Oiru): Wait you can’t go and fight them.

LukeA: Roll (or maybe it was fiat). Success. What do you say?

We discussed this moment after the session and I know that LukeA and me were thinking the exact same thing at first. My first thought was to try and manipulate her. Tell her that she’d get revenge later but she needed to stay alive. (this is what LukeA was expecting me to say). After a moment of reflection though, it really didn’t suit Oiru at all. So what I said was.

I think that moment was the thematic core of the game. It really seemed to clarify Oiru’s character. Just by being relentlessly open hearted, ‘naively’ so, he managed to turn the Pirates, thieves and assassins he was with into people that also believed in stuff. Later a romance developed between Oiru and Nightblade and it was cool as fuck.

So this was the best game I played. It ended up being very Star Wars. It had great dialogue and color and awesome fights and an emergent theme.

On the other hand. This was lightning in a bottle. We could never recapture it and I’m pretty sure our lame attempts at trying eventually made LukeA give up on the hobby.

I don’t think we could ever resolve the tension between the railroading and the emergent stuff. Even now I’m not sure how you’d do it. You could just say fuck genre and let the chips fall where they may, which would be unsatisfying if you wanted to stay within a certain frame. It’s the only way I see though.

On the other hand I think I really needed an action adventure (pink goo fantasy) to actually just fucking work and be good. Which I got. I’m not even sure I would want to try again at this point.

So when I look at FATE and Dungeon World, I often think maybe they’re just trying to get at that. That they’re lauded because now you can celebrate genre with good choreography. I’m not sure.