With Easter convention (GothCon XLIV) cancelled I found myself celebrating Easter with my family for the first time. Let that sink in for a while. Me and my Maria have lived together since 1994… and never celebrated Easter together. We have two kids (12 and 16 years old) … and never celebrated Easter together. (except my 16-year-old has joined me at GothCon the last couple of years. But now thanks to COVID-19… I had no more excuses.

So naturally we invited my brother and his family over and… played 13th Age two sessions on Saturday and two more on Sunday! They stayed the night.

I had 7 players in the group, between 47 and 12 years old. And we had an absolute blast!

People who know me know I'm madly in love with this game. It brings so much joy to me it's a little bit scary. But I think any game that lets you run D20-style combat with 7 players without it dragging on long enough for a 12-year-old to fall asleep, or lose interest, is worth a closer look. 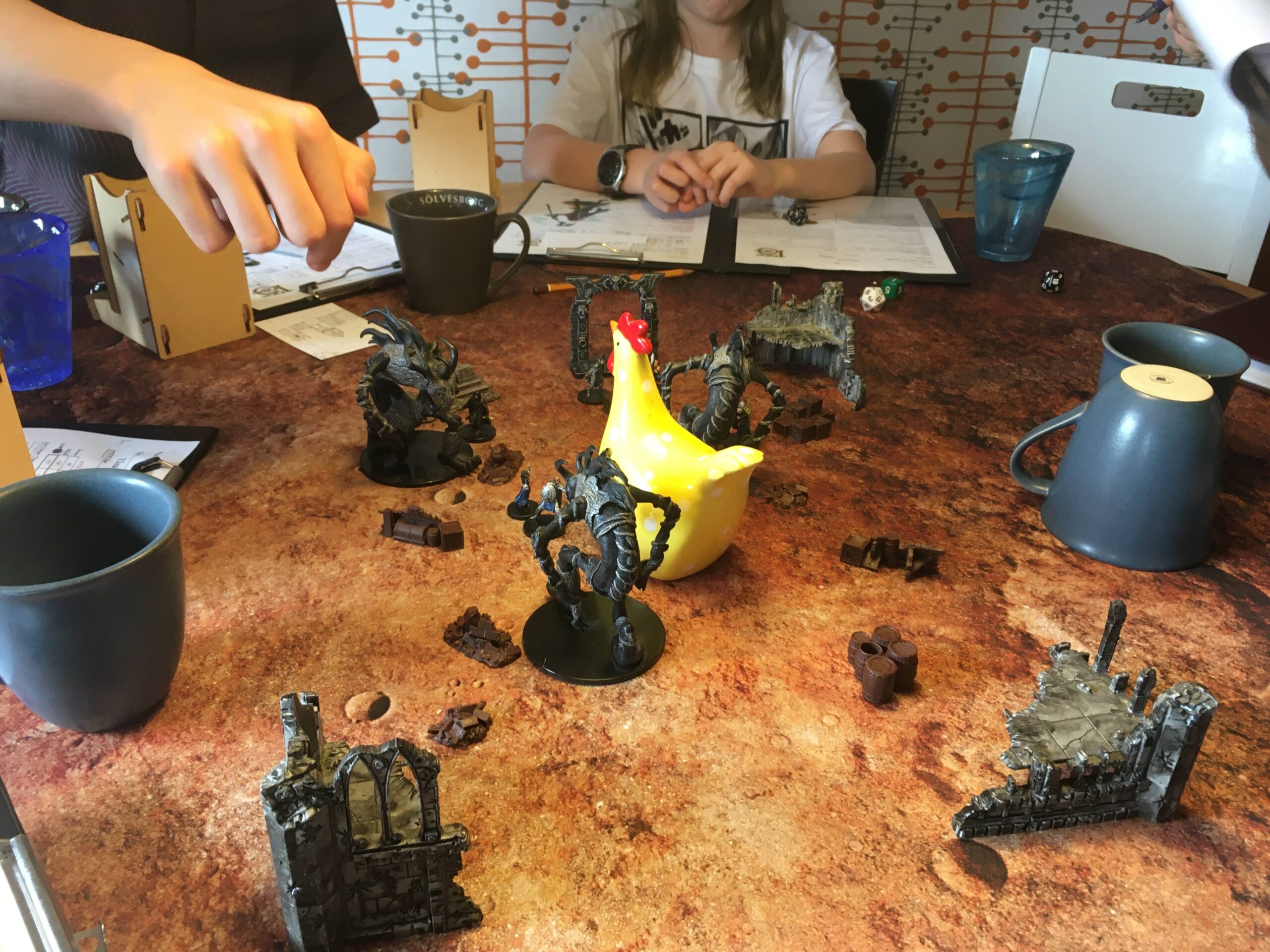 So I will send my pre-generated characters to Ron and have him upload them for you all here and you can ask me questions in the comments. I'd be happy to talk about anything regarding this game, so fire away!

Prev Post The day of the Dupes (2) : the paralyzing swamp of Sorcerous prep
Next Post Big Damn Hero #1 – A Champions Now Actual Play