Putting on the Patch 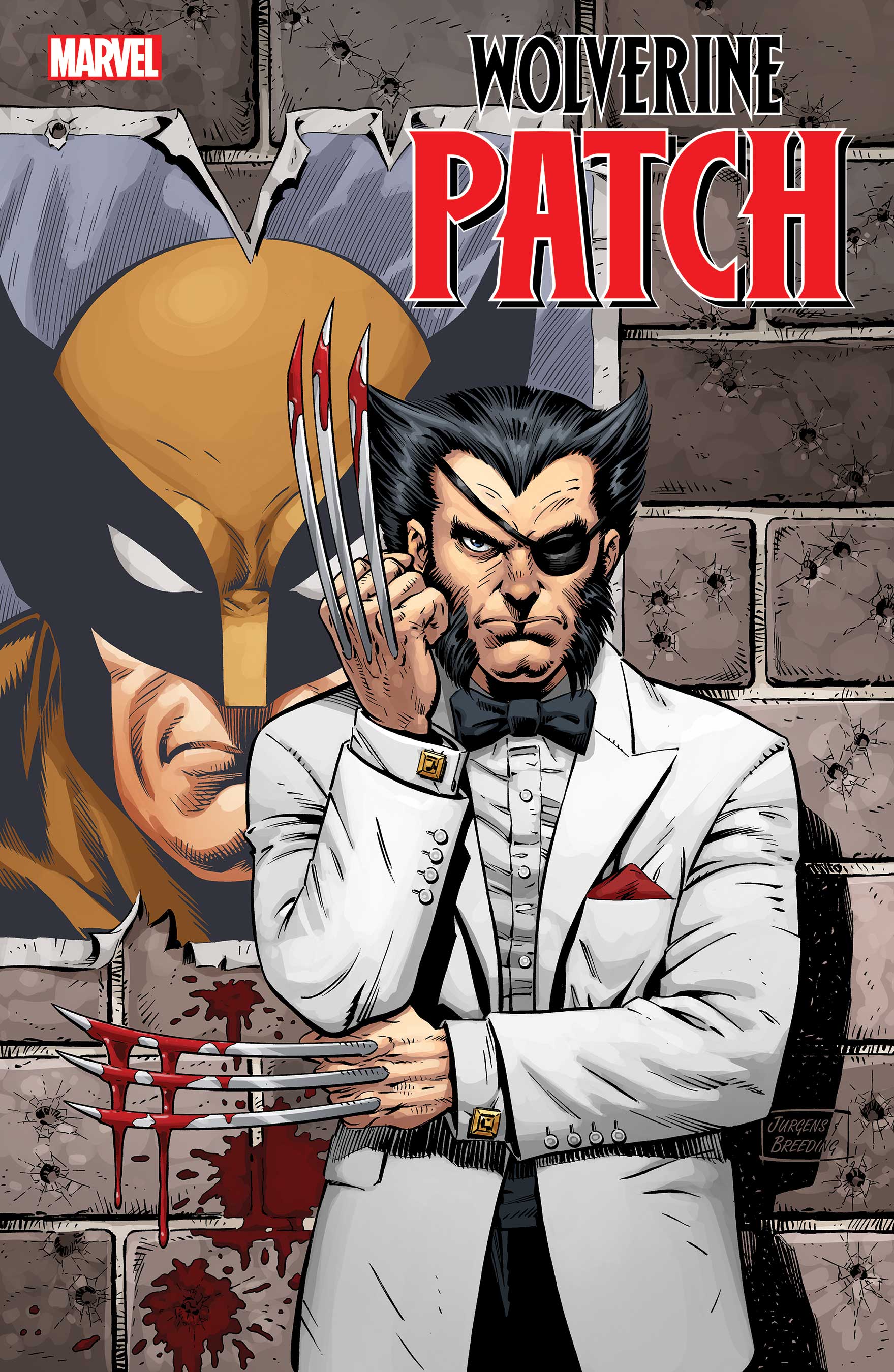 Wolverine and Rogue are my two favorite Marvel characters. I have a whole host of Marvel Superhero or, somewhat less, Champions with Marvel detailing, adventures relating to these two characters. When the new Marvel Multiverse RPG came up and several friends and I grabbed copies of the work-in-progress (we paid for them, more on that in a minute) it felt like a new chance to kick around with one or both. Well, the playtest rule set they give out has Logan, but does not have Rogue. My friend volunteered to run two of us through the provided adventure. I chose Wolverine Patch and my friend chose Rocket Racoon, both rank 10 characters.

I think that it is fair to say all of us paid for this book and the GM paid for the associated Roll20 stuff. Yes, it is playtest material. Did I sell out to the Man to get my supers fix? I sure did. It does not bother me, but I bring it up for full disclosure for anyone who is interested in taking a look.

On To The Game

This system uses a 3d6, roll high system for resolution. Everyone has abilities, like Might and Agility and Vigilance, plus Traits and Powers. Characters have a specific Rank, and this can affect certain powers. For instance, Wolverine’s Patch’s healing restores health equal to his rank, after he goes on a given combat round and “much faster” out of combat. There are Action modifiers, for when you do things, based on your archetype and ability score. Your 3d6 are added to this total to determine success or failure. Also, you have an archetype defense modifier, which is added to your various ability scores and that is the target number (TN) for when a someone tries to do something to you. All very pass / fail.

There is absolutely the structure of 5e, maybe a touch of 4e, and some 3e D&D here. As one might expect. It continues a trend of 5e-ish games that are putting in the odd bits of previous editions as well. Lowlife 2090 comes to mind here.

Traits are more backgrounds and feats, though still very active in the system economy, and Powers are the meat and taters of your active and reactive actions. For example: Berserker is a trait that Wolverine Patch has, while Slice n Dice is a power. But Berserker costs focus, even it is involuntary, and is a conditional trait, i.e. out of focus OR all enemies are down.

One of your three dice is a Marvel die. If you roll a 1 it can become a 6. But rolling three sixes is bad. Edges and Troubles offer / demand re-rolls. Focus is something you can spend on powers or is spent by traits and Karma allows re-rolls. It is akin to 5e inspiration here. Except it allows you to re-roll a single die.

It is Avenger’s Appreciation Day and many big-name Avengers are there. Including Wolverine and Rocket Racoon. This is post-my memory is back Wolverine and second Guardians Rocket, not the old-school Rocket. Captain Marvel is there so Logan quips to her that Rogue sends her regards. That elicited a reaction as you might imagine. A lot of talking, so Logan and Rocket bolt and find a bar. A bar that either allows smoking or is too appreciative (afraid) to say no to Logan. Beers are downed. An alarm goes off, so the two anti-heroes go out into the street. The GM asked if I (Wolverine) was in costume. I said, after a moment’s thought, no, but I do put on an eye patch.

Out in the street is Captain America (Rogers) but dressed in Hydra Green. Also glows I think. A fight breaks out between low-rent Cap, Patch, and Rocket. As players we did well, especially when we realized that some of Rocket’s powers or traits, I am not sure which, allowed my friend to buff my attacks. This created some neat synergy, which may be the juice of the game. We put Cap down hard and he explodes. Which we realize is not normal for Captain America. The alarm is still going and it’s come from the (Stark’s Parents) Science Museum. We go in the front door and Rocket starts shooting Hydra agents. These goons down easy. We go up the stairs and take out more goons. Then Patch decides to use the elevator and that does not make any difference. More goons, but with hostages. We get the goons but not before they set off the self-destruct. And then come the reflections of our heroes. Claw and Trash Panda come strolling out and a fight ensues.

Again, we relied on teamwork, and this worked well. At one point Rocket, who has a logic attack (I loved the idea) tried to use it on Trash Panda, but since TP was a reflection of Rocket, he also had Rocket’s defenses. One of the hostages is taken down, but eventually saved. The self-destruct is stopped, but Hydra’s plan to upload some information to a place in Iowa succeeds. Thus, the adventure can continue…

But it doesn’t. That is the end of that intro adventure.

Was there play and bounce? Yes, in some cases. It was hard to not defeat the opposition, though I could see players overthinking it. Had the final opposition been low-rent Captain Marvel, she would have wiped the floor with us. As it stands, this was not a huge challenge in terms of situations. But what play there was, letting us flex those sarcastic muscles provided by these two established characters, that felt authentic to the material. A good time was had.

We did not stress the system too much either. Certainly, there is some clarity needed in some spots and how well will making characters from the ground up, stand up to scrutiny remains to be seen. With a robust set of guidelines for Karma as a tool, I think the system itself is solid.

I've observed some backlash (to say the least) about the game in the web since the release of the playtest document, with lots of people comparing it in a negative light to Marvel Super Heroes and Marvel Heroic Roleplay. I'm not particularly interested in much of said discussion, but some of it has been interesting and informative. Overall, the reception has been quite luckwarm and criticial.

From what I've seen, I'm not really sure what the new Marvel game is trying to be or do. It feels quite reduntant given everything else on the market, more of a "we're doing it to" game, and overall quite unispiring. Did you feel that way? Or did you feel that, as far as the form the game has at the moment, there seems to be something that the game is offering that potentially will distinguish it from other games? To me, so far, it seems to be another Mutants & Masterminds, except that it offers nothing that the latter doesn't do already (and possibly better).

If I were to push aside the

If I were to push aside the commercial goals, they are relevant just not to our conversation here, I would say Marvel Multiverse is trying to be an action rpg. I suspect when all is said and done it will focus more playing pre-existing characters in situations not unlike the Marvel Cinematic movies. Lots of action and lots of bing, boom, bam. Like with a great many games, the proof will be in the game master / game setup part of the book which is sparse at the moment.

I do not think the system was slapdash. The early synergies I am seeing between traits and actions, especially between characters, suggests some thought was put into it. Is it as elegant as FASERIP? Well not so far. Having Karma might be a nod to that older design, but I am not sure. Yet so far I like it.

Thanks for the reply. Keep us

Thanks for the reply. Keep us posted if you play further (I at least would be curious).

In/Over
Author: Ron Edwards
Department: Seminar
"Authority." Ever since I first articulated the concept in 2004, people have broken on the word. ...
I'm just a teenage gunmage, baby
Author: Hans
Department: Actual Play
I did three solo-play sessions of Ironsworn. The audio is here, but be warned that no editing has...
Intersection of thoughts
Author: Ron Edwards
Department: Seminar
Hans began quite a conversation at Discord, which I think deserves to be imported here and...
A Personal Tolkien
Author: JC
Department: Actual Play
The topic of playing in Big Settings has been on my mind. I decided to dig up some 10 year old...