Three maybe-maybe-not heroes, and that is the point 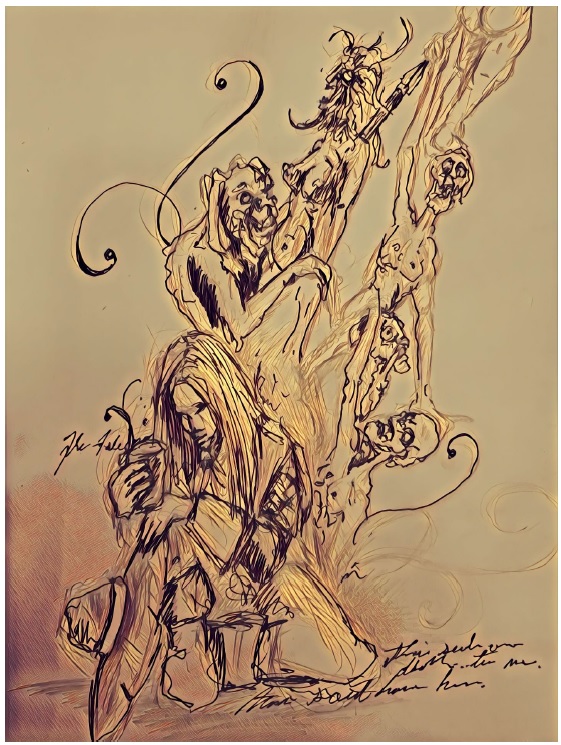 I’ve moved into playtesting for Levied Souls, with the help of friends at Spelens Hus. It’s a long-term project with plans for multiple sessions, and so this first session was for character creation. By player request, it’s also audio only, athough I have set it up as a video for helpful captioning and occasional textual comments.

I will warn you that this was a long session with many rules struggles and occasional missteps. It’s not very exciting in terms of enjoying fiction. However, it did stay on track via maintaining enthusiasm, and did result in three vivid player-characters who are all set to proceed into our scheduled playtesting tonight, and which will be posted to the same playlist. The real question is whether they became invested in the Buy-in (a rules term for the game), and they are.

Some notable thoughts on the system: it is fairly simple and direct regarding literal resolution, confining its complexity to escalating consequences of injury (both physical and spiritual) and also to the interplay between player input into situations vs. character improvement and survival. The variables for the latter are plentiful and, in the current design, potentially overlap in ways that have to be assessed in play.

Characters are built primarily through choosing upbringings, or previous history, and the options go very dark very quickly. Camilla had to keep her eye out to choose a combination that did not turn her free-and-fierce horsewoman into a vicious wreck, whereas Nate blithely strode ahead and picked things he didn’t know about, but was pretty sure that they’d go somewhere interesting – and ended up with, indeed, a vicious wreck who is nevertheless oddly sympathetic. To give you the right idea, not one but two of the three characters gain considerable play-power via eating human body parts …

So, onward to play tonight, and wish me luck. GM: “Hi players, here is a dark and edgy scenario.” Players: “Hold my beer.”

7 responses to “Three maybe-maybe-not heroes, and that is the point”