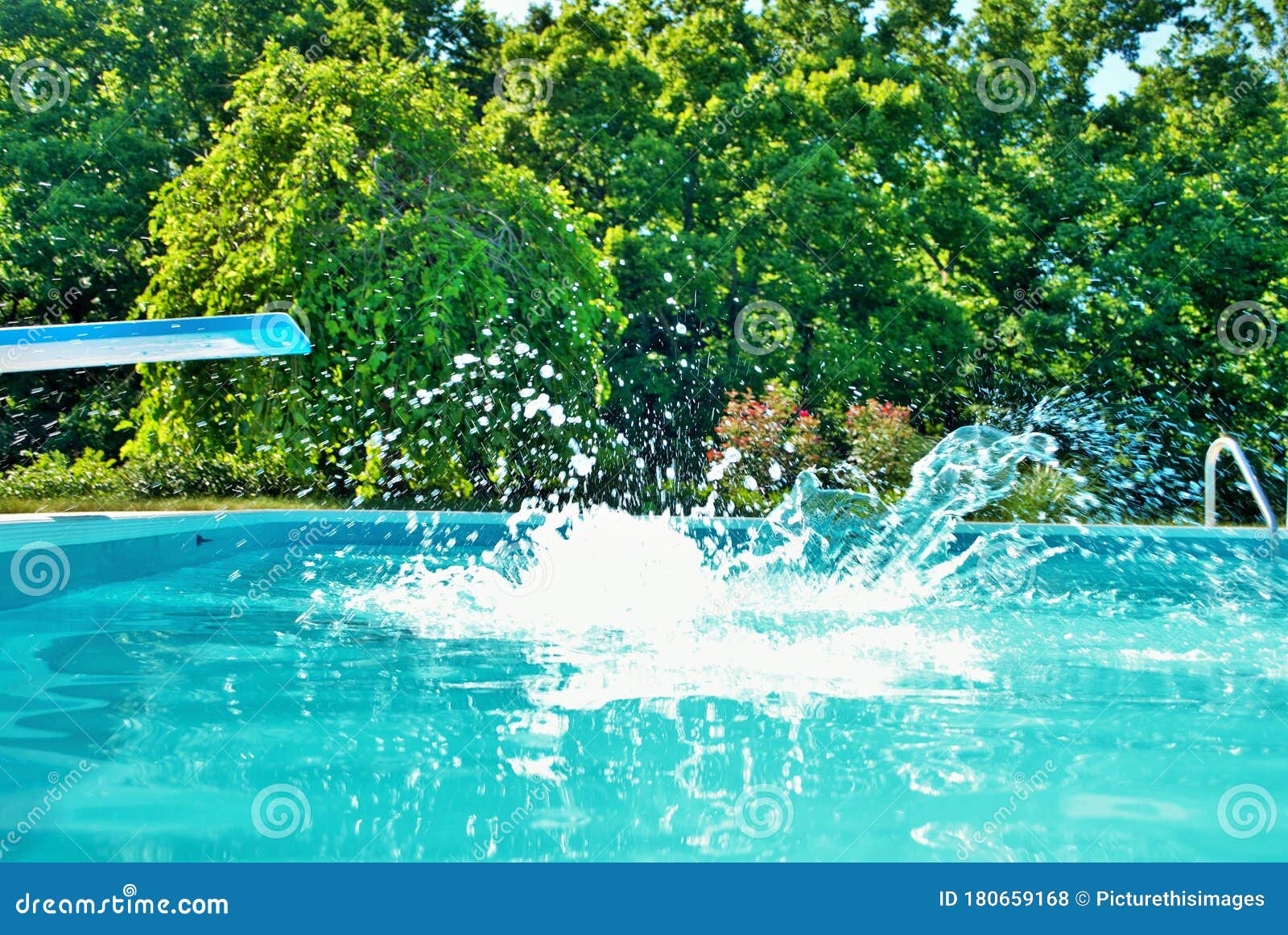 Over the last few weeks, Jon, Sean and I have been playing a game of the Pool in a fantasy setting initially slapped together using a single picture as inspiration (I think this is one of Ron's techniques, and I played in a game that Ross started this way years ago). This week's intended game session turned into kind of an RPG chat session, and I decided to go ahead and turn on the recorder and get some thoughts on video. I interrupted too much and occassionally missed some cool things that Jon was talking about because I was trying to futz around with the audio settings, but apart from those deficiencies I think it was a really good talk.

I started it off with some thoughts I had about the Pool and agency, and I’m not 100% sure I used the term correctly as Ron’s defined it here, so I’m open to correction on that. When I talk about “getting to be a person” or something similar, it’s inspired by Ron’s final line in a comment here: https://adeptplay.com/comment/4654#comment-4654

In the middle bit, we talk about good practices for initiating rolls, springboarding off two instances of play from our game, which I think would make a pretty good textbook case study. And finally we talk a little about “doing fantasy” with The Pool, with Sean’s concluding comments about the joys of sharing your fantasy with someone else being one of my favorite moments.

It's practically a sister class to our just-concluded "Playing with The Pool," as if there were two distinctive instructors (or moderators, whatever) for a single course, in different sections. By difference, I mean something extremely valuable; I've never favored identical content across presentations of the same thing. I'm looking forward to comments that cross over either way.

A couple of scribbles from my viewing:

Great Conversation guys! I dealt with many of the same issues in my recent pool game that I just described in my latest post, I'm curious what reactions and insights you might have to that.

In your conversation, I found the part interesting where Rod mentioned that things went more smoothly when the intention wasn't clearly stated. I admit to being confused by this. Can you elaborate?

Hi Manu, I don't remember exactly what I said (I should watch the video again) but the point wasn't so much about smoothness as about the opportunity for divergent and personal interpretations of "success" to take the fiction in interesting directions. In the case of the roll I described, Sean simply gave the speech that his character was giving, more or less, and I called for the roll. Upon his succeeding and taking the die (giving me the narration), I decided that the crowd didn't understand the substance of his speech (confession time: *I* didn't understand the substance of his speech) but was ready to act enthusiastically on behalf of a persecuted/suppressed religious figure, and went and trashed some statues of the persecutor. This was at the very end of the session, so the real impact of the roll is likely to be felt the next time we play, when the Lotus Seer has this mob at her disposal for future action (and the Emperor finds out about all this unrest). I don't know what Sean would have said if he had taken the narration, but I think it would have been meaningfully different -- maybe he can weigh in if he gets a chance.

Interesting, so in IIEE terms, you rolled even before the first "I" was clear?

Did you find yourself doing this in general, or did this vary?

Also, was there any

Also, was there any discussion about the scope of what the roll covered before Sean rolled, or were you pretty clear from the context what it should be? I'm interested in this because in my recent game I adjusted the scope all the time.

If I'm understanding correctly, Manu, you've read Rod's description exactly in reverse. Sean delivered the speech before the roll, so the sequence was IIE [roll] E.

It may be also be helpful to review the comments in The Pool San Diego.

Ok the Pool San Diego comments were very helpful, in a general sense.

I'm totally confused by this specific case, though - I thought Rod didn't know what the character's intent was when the roll came.

confession time: *I* didn't understand the substance of his speech

I think its okay to say "WTF is Sean talking about." The speech was meant to be vague and open ended though it might have come out a little too Life of Brian. Despite that not being the intent of the message. But in the fiction the character was attempting to open up people to the idea that change can be a good or neutral affair, not just bad. And that change is inevitable.

but I think it would have been meaningfully different

I think so too. My main intention was for the nobility and the people to ease their tension about the upcoming changes to their city in an attempt to limit anxiety and bloodshed. But also setting up my character's, well character to either take the blame or continue to act as a salve against what's coming depending on how the situation plays out. My own MOV would have been more subtle, but I loved what Rod did.

And I think this is the strength of The Pool for me. In any given situation there are three possible avenues of next. And often you really do not know what is coming out of your mouth until it does. Its exciting! I do not know if I was able to bring this up in the video, but there is never a moment where I as a player feel I have to protect my turf. And I feel, for me, that the limits of what I can do or say come naturally as an outgrowth of one-part buikding up trust with the players over several games and one-part The Pool itself.

Manu, realize I did not

Manu, realize I did not answer this part. There was to my recollection little or no discussion of scope. In fact I am sure we did not discuss scope before I rolled.

Thanks so much, Sean! Now I

Thanks so much, Sean! Now I get it, apologies for being slow on the uptake.

So, based on the experiences y'all have had, what would your advice for a GM running the Pool be, specifically with regard to when to call for a roll?

starting with thanks to Rod for recording the discussion.
I may have missunderstood things, feel free to correct me in that case.

Going by what I've seen “in class” (I attended Ron's course about playing with the Pool) and in recent posts the initial information often includes pictures – sometimes of possible protagonists, sometimes of places – and a very short textual description (a couple of lines, at maximum I'd say between 100 to 200 words0) and in one case a sound-track. Pictures and sound-tracks always make me think – but what if I missinterpret them, so I'm thankfull for the little text bits.
Anyway, my question is: how and how much do you prepare before the first session and – apart from Jon's anecdote, have you ever had “uncomfortable” surprises when getting the character texts or during the first session?

Hi Helma -- In the case of the game I'm running that's discussed here, the preparation in advance of the first session was extremely brief. I showed Sean and Jon the picture

and they made character stories based solely on responding to it, coming up with a persecuted prophet and a failed monk. I took about fifteen or twenty minutes to throw together some backstory and a starting sitation in response to the details we provided, and we started playing. After the first session, I did more fleshing out of the backstory and preparing new locations based on what happened and where they said they were headed. So in the case of this approach at least, misinterpreting the prompt isn't a danger, because nothing exists to misinterpret before the players create their characters.

Once I received the characters back from the players, I then drew up a list of NPCs, either taken from the stories, implied by the stories, or implied by the general situation suggested in my initial document. I tried to figure out what all of those NPCs would be up to.

Regarding surprises: out of the 9 total characters created for recent Pool games where I am the GM, I haven't had any uncomfortable surprises. I've been surprised in a good way most of the time. 2 of the 9 characters I did have concerns that the player hadn't connected with my inspirational material in the way I had hoped for (or intended), and, in one of those cases, the misalignment with the idiom has continued in play to a certain extent. But I haven't had the experience of seeing a story that made me uncomfortable going forward with seeing that character in play.

well but if, then

In the video, one of you (sorry, I listened to it and didn't watch, and I'm not familiar with you guys so I don't know who it was) talked about someone he once played Sorcerer with, who was adept at sort of setting up any conflict as un-losable, i.e., talking and pre-narrating in an effort to minimize the impact of the dice roll on the outcome as much as possible. Basically, to try to cram as much of the latter half of IIEE into the established fiction before the roll. I too have played with folks like this, and it is exhausting. It's a constant struggle to point to the rules and say, "no, you can't say C and D because that's what we're rolling to find out. At most you can go as far as B." Often, when I have laid it out clear for this type of person that conflict is at hand and we are rolling for the outcome of it, and they can't pre-load the outcome, they will back down and say that if that's how this is going to go, then that isn't really what they want their character to do, after all, and they back out entirely from the conflict at hand, and from really playing the game.

All that to say that I have also found my play of The Pool to be informative in terms of how little is actually needed in those moments of conflict to be able to go to the dice so that we have enough constraints for those dice to give us a sensible outcome. And thinking about it and reading posts like this and listening to conversations like this has given me more tools in how to express that at the table. So, thanks. Good discussion.