Parallel to Noah's presentation of his game in progress in Actual Play and also to his discussion with Tommi (see Characteristics vs. Skills), he and I talked about our experiences with the RuneQuest resolution methods, old and new.

Briefly, and consistent with my comments at Fantasy adventure emerges, bright and harsh and The headwaters at the continental divide, there are at least three resolution methods at work in the rules. Apparently they are the same, or as close as makes no difference, between the oldest RuneQuest (popularly, "RQ2") and the newest ("RQG"), and the latter has 'ported in the comparative contest method from HeroQuest as well, for a total of four.

The one that's probably least familiar to those who haven't played it is the orthogonal attack/parry technique. For reference, I pulled one of the figures I used in my recent Design Depth course. It's marked 1-20 because I was using it as part of a larger figure that begins with the D&D/d20 method, but you should think of them as 5% increments in reference to this system.

It's very easy to determine what the boxes look like if you change the percentages. For example, if the parrying person is improved to 50%, then the chance to do damage to that person (the green box) is shifted down to between 7 and 8 on this scale, the purple and blue boxes each double in size, and the yellow box over to the right is knocked down substantially as well.

Generally, the better either or both the combatants are, the smaller the yellow box becomes, and their relative abilities determine the proportions of the green-blue-purple inside the resulting non-yellow range. The chance for impales and criticals (the smaller green boxes) and the chance for fumbles (at the far right) are always subsets of the base attack value (green + blue), so they expand and contract with it.

Our conversation moves into the primary issue at hand which is representation - the extent to which a given chunk of fiction is assigned descriptive quantitative features - this is how heavy, this is how strong, this is how sharp, et cetera. Typically these features are factored into some interaction with other features, for an emergent property like "damage" or "could or couldn't pick it up this time." Think of game mechanics as nouns in the fiction and then we use other methods to see what happens when we collide them using verbs.

Part of the conversation concerns what happens when a design prioritizes representation and goes very far indeed into their "nature," e.g., getting deep into things' ontogenies per character, or including extensive subroutines for multiple possible conditions. The issue here is not whether representation is good or bad, but whether it is prioritized so that the "verb outcomes," e.g., events in play, are themselves conceptually compromised rather than (as the designers expected) made coherent. You'll see some examples in the discussion but I am happy to include more in the comments, if not particularly swiftly right now.

And before you get all bent out of shape, the value of representation is also given its due respect and attention in our discussion, if not immediately.

I seem to recall that I uploaded a CRT for a wargame on the discord, but will try and link it here as well. The reason I bring it up now as it was mentioned in the video, is because of the descriptions associated with results. 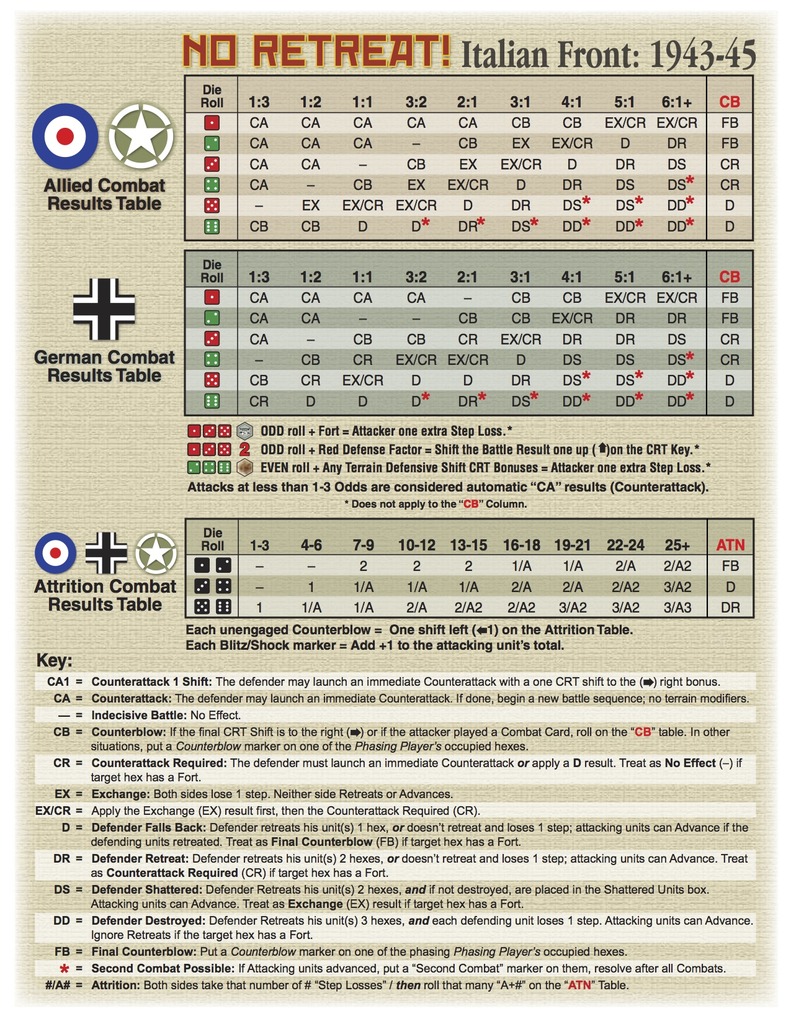 I always loved the way that these charts give you the result of the battle and what happens to the units involved. It is not just "B Company fails to dislodge AT Gun" but it tells you who won, by how much, often how many casulties or steps are lost, and so forth. And both sides can potentially suffer ill effects from the exchange.

The resistance table could be used this way, I think. Instead of just a POW v. POW to determine if the Disruption spell works, both the caster and the target could potentially suffer ill effects from the exchange.