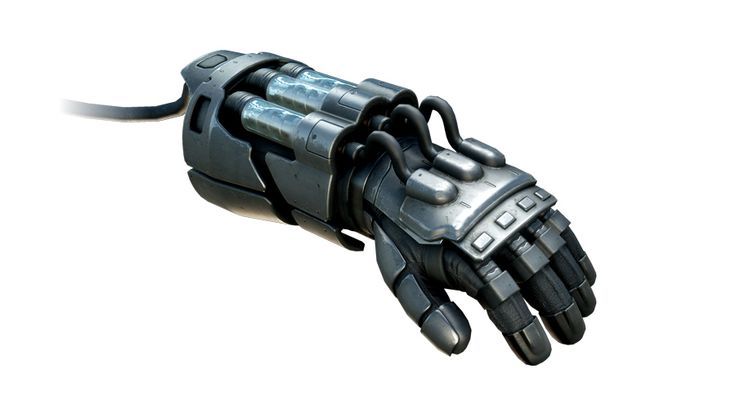 We jump right into the battle between Connie Bleak and Ed Kalvar.

Connie spent 83 Karma in this fight. She spent 73 points on inflicting a stun on Ed. This result took him out of the action for ten rounds. Ed was putty at this point. Connie phased Ed's hand and stuck it in the concrete, making Ed an amputee. She also destroyed Ed's $P3CTR suit 2.0.

I was a little stunned at this result because I forgot how impactful stuns were in Marvel Super Heroes. The victim is out for 1-10 rounds and loses all Health points, only to recover an amount equal to their Endurance rank when waking. I rolled the worst result for Ed as well. It struck me that one-on-one combat is pretty brutal due to this. A team could have done something to protect their fallen member, or there might have been so much happening that the fallen team member may have recovered on their own (but ten rounds is a long time!).

At this moment, the Dolorous King is still interacting with the Cernunnos illusion that The Huntsman cast. This illusion is what Peter King and The Huntsman encounter when bursting into the room. The Huntsman had a distinct advantage -- he observed this intrusion from a position of safety. He cast his fear spell -- and it worked on Peter for three rounds but not The First Responder. Peter fled the scene.

The Dolorous King is very confused at this point. Who are these strangers in his court? Why are they fighting? What's the deal with the illusion? The Huntsman said he is doing Myrddin (aka Merlin) tricks, satisfying The Dolorous King.

Before Peter re-entered the room, The Huntsman cast an illusion depicting a victorious First Responder. Peter falls for the trick. Peter tries to execute his plan: betray The First Responder and offer him to The Huntsman. He attacks the illusion with his Density Control wand, which does nothing. In this moment of surprise, the Huntsman throws something at the portal generator on Peter's belt, scoring a bullseye. The bullseye result is sufficient to destroy it. (The Huntsman spent Karma on this roll, but I didn't write it down). Checkmate on Peter King.

This last turnaround is one of my favorite moments of play in all of Halfway Heroes. It really put The Huntsman over. Connie and The Huntsman are firing on all cylinders in this session. I haven't written up the next session yet, but they still haven't met. They are gravitating towards one another. It will be these fully expressed versions of the characters who will (likely) meet. But they may not get off on the right foot based on some of Connie's actions in the next session.

Not to be outdone by The Huntsman, Noah decides to send Connie back to finish off Ed Kalvar. The dust has settled, and we find Ed Kalvar on a stretcher outside the Specter Industries HQ. Connie scares away the paramedics and takes Ed's life. -30 Karma for killing Ed.

After fleeing the scene, Connie does a few things at the end of the session. She calls Jill Damarov to ask for a few things. First, Connie wants a fake passport and a safe house for her father. Lastly, she wants her retirement fund. Jill was sitting on Connie's funds while she was in prison. Connie had started with an effectively lower Resources rank as part of the character concept -- the real value is Incredible. Jill Damarov is evasive about returning the funds. Connie then searches her brain to turn up a skimmer in Jill's organization as an act of good faith. This deed causes Jill to promise to return Connie's funds.

The last thing we get from Connie is that she wants to find a way to fix her condition (the low Endurance rank).

This session was a watershed moment in Halfway Heroes. The two characters were in full supervillain mode, with no qualms about their actions. Connie went back to kill Ed because she didn't want to deal with him any longer. She has bigger things in her sights.

This session also included some major non-mook combat scenes. With mooks, I mostly have them run away once things start going badly for them under the rationale that they're not suicidal, this stuff is not what they signed up for, etc. Fighting other supers is another story, but in this case, the two stun results and the bullseye were pretty decisive. Having a good bank of Karma really helped here too. There are limits on what GM controlled characters can spend (or supervillains depending on how one interprets the text). Many characters start with Karma that is sufficient in most cases to just pick a stun or kill result on the universal table.

“Watershed” indeed! The session contained climactic action for both of us (agreed with you, David, that the Huntsman’s fight with The First Responder and Peter King was an absolute standout). But it also had the most distance between our characters, almost like they had diverged into two separate titles — “Lost in AVALON, The Huntsman Comes Face to Face with….THE DOLOROUS KING!!!!” “Is Connie Bleak OBSOLETE? Witness $P3CTR’s Most Fantastical Foe Yet….$P3CTR 2.0!!!!”

I think James and I both felt in our guts that these scenes would have been stronger if that distance were closed, if the earthquake from one scene could tremble the water in the other.

In the realm of table-talk, all three of us had made it clear that we were on the lookout for opportunities for our villains to collide. Nothing presented itself this session, but during the next session I decided to just do it. I’ll quickly outline the moves I made, as I am a little proud of how I am breaking through the self-silencing I’ve noticed in myself in previous games: