Here's the last session but one of the epic Cosmic Zap playtest, which sorta actually worked, and shows why successful playtesting has nothing to do with wowing people with your genius. Far from it.

For this one, I plead guilty to egregious abuse of Extended Contests, the finer-grained subset of resolution. The modern HeroQuest rules for these differ from those in previous editions, specifically that there are no longer Action Points, thus no investment in risk to drive up higher degrees of individual consequences. Nor is there the trade-off between making extra effort (e.g. helping a friend, driving to go first) and higher effect. I became a little suspicous that they'd been drained of power and simply become finer-grained for its own sake, i.e., no reason.

I thought we'd throw a couple of these contests in to see how that went. Which violates the cardinal rule of the game, which is never to use those mechanics without unequivocal, certainly rare accord that this time, and no other, calls for them. I knew this, but accepted it for dice-wrangling purposes.

Quick review thereof: you may already know that the core resolution step has two parts. First, each contestant rolls, and the respective individual dice are rated by Fumble, Failure, Success, Critical. This language is confusing (and was still tripping up Morgan in this video, our seventh session), because it doesn't refer to the outcome of the contest at all, only to the character's personal performance relative to his or her own potential.

Second, you compare the outcomes, e.g. Fumble vs. Fumble at one end, and Critical vs. Critical at the opposite one, and that gives you the contest outcome, using the language Complete Victory, Major Victory, Minor Victory, and Marginal Victory replace (with "defeat" for the other contestant).

OK, all of that applies to every dice resolution in the game, and then you have to consider the range of kinds of contests that it operates within.

I am happy to go over the larger mechanics options and issues in detail with anyone who's interested. Bluntly, I don't think the range of options for this system have ever been well-explained in text, and I had to write up my own matrix for if-then, who-when, using-what. You have:

Which makes six possible resolution frameworks, none of which is mandated by this fiction but rather by whether we want to. So that requires a certain system literacy at the table which can be daunting.

I excerpted another design discussion that began our session, viewable here. It mainly concerns my vision for making, developing, and playing NPCs, which (upon viewing the videos) really threw some players for a loop until the very end of this session.

The idea is that NPCs "don't exist" mechanically except as abilities on one or more player-characters' sheets. I mean, you can have other characters be problems or interactions for play, but only via GM-run difficulty-based contests. I'm talking about NPCs with nuanced mechanical clout, and whose actions play into the spotlight-player/attacking-player method.

So, a given NPC might be represented by multiple abilities (remember, defined as anything) across every character sheet, and thus be far more of a "central" character than any of them. This idea apparently threatened a lot of feelings about character ownership, tying into the already-uncertain side of the distributed GMing in the game, and also to the somewhat vague rules about damage and death. Different players had strong opinions and often found themselves changing their minds upon reflection and after play, so the larger debate is hard to follow unless you were in it.

I'm happy to discuss that too, so bring it up in the comments if you're interested.

I really enjoyed this session and was happy with how it turned out. And so far, it has been pretty fun to listen to as well. I think this is a great example of the "Irresponsible Play" Ron was talking about. Without planning or controlling the course of the story, we got two independent storylines that deal with similar themes in completely different ways and each one building up to its own climatic resolution. And you can see us all having fun, cracking jokes and being involved in the fiction. Really good stuff.

Also, "Nuke the Priest" is the perfect name for the debut album of an 80's Thrash Metal band from the Bay Area.

You certainly enjoyed that

You certainly especially enjoyed that moment.

I have nothing constructive to say at the moment, and no pressing questions either. I just want to say that I’m blown away — and a little freaked out — by the imaginative, surprising, and evocative things every person in this group has come up with throughout these sessions. And by how the system lets you do it, riffing off of each other. 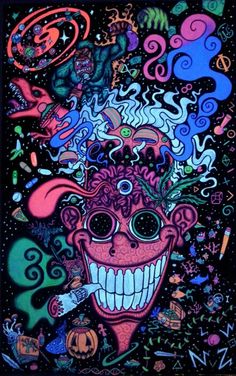