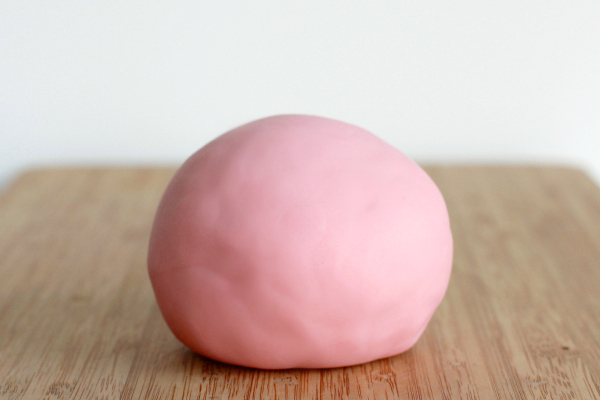 I have been thinking a bit about situations and Situations of later as well as trying to determine the Stress point for players and perhaps for the game runners too. I had the opportunity to sit down with my 6yo and play through some make-believe of her devising and it brought to light some perspective on these questions. I would not say answered them, but definitely gave perspective.

Disclosure: It may seem since I am talking about play that happened with an actual child, that I am equating some styles of play as "childish". I hope I don't, but I might. That is not the case at all and in fact, I feel I better understand some POV better.

As my child is want to do she asked me to play with her, some basic make believe. Highly cureated make-believe. Our tools & roles were

Without too many gorey details, the basic gist of the play was the play-doh would be engulfing the princess OR the Ax and there other had to dig them out or save them. As we played out various scenarios I would ask her why this or that happened. Her answers were mostly "I want to" and "Because that is how it is supposed to work."

But despite me "doing it wrong" I was able to negotiate changes to the ongoing narrative at points. And I was able to derive some fun from it. Mostly from watching her imagination work, but also from the play itself.

My dottir wanted to play out certain situations. Specifically, the monster and rescue scenario she has seen in some movies or (ugh) youtube videos. While she did not do it this time, she will occasionally mention these plays as being like "Dungeons & Dragons". At least in her almost zero experience outside of hearing me or seeing me play RPGs.

And this gets back to some of what I talked about in the video with Ron: that players are looking for a speciic experience. Maybe very specific.  I want to be Joan of Arc. I want to be Thor or Loki. I want to be Legolas' brother Legolot. I want to be an Apollo astronaut.

And there is a certain amount of control a player wants over how these situations play out. Some want no control or to cede control to the dice/setting/GM/best story*. Some want none of that and would like (almost)total control of these situations. I will admit to a deep bias against the latter; I am a firm believer that without players (including those in the GM role) surrendering to the unexpected or the idea of failing, there is not much point in playing an RPG.

BUT, watching my daughter play and engaging with her play, and then negotiating changes in play that made it satisfying for me has changed my perspective a bit. I felt my own tension over a player wanting a narrow window of consent over what happens to their character ease. I would still say it is not my preferred mode of play, but on the other hand the ideas no longer frustrate me.

Let me start by defining how I am using Stress here. Stress or Stress point is the area of uncertainty, excitement, or even anxiety a player is seeking out by engaging in play.

Once upon a time I wrote a thing on a blog or forum titled Why We Fight. I cannot find it and it may have been swallowed by the internet, but as I remember I tried to define why people play RPGs. Some of it is situations and some of it, I think, is that feeling of stress or excitement. The anticipation of a die roll, but not any die roll, but a specific die roll. This die roll, this one right here. In a game like Hero Quest, this might be very dramatic as the entire night might hinge on a signle roll of the die.

For others it might be the continual minor tension of looking for traps at every door. Instead of one big anxious moment, a series of uncertain events that provide small climaxes.

I think understanding why people play is important in both running games and designing them. Game design is a highly personal thing, as is any creative endeavor. Look at my art. Read my book, Play my game. But if do not get why people play, it creates incoherent design. Perhaps that is a fancy way of saying, not everyone is going to play or play in THIS GAME.

Fascinating. I wrote a whole

Fascinating. I wrote a whole paragraph about the value of human play and play therapy, but I don't think that 's relevant to Adept Play. I'll just share that I've had experience doing play therapy with 6 year olds and it's a fascinating insight into how they see their world. The realization that adult players are doing the same thing has given me insight into what to bring (or not bring) when I GM.

It really is. Children have a

It really is. Children have a great imagination and we are fostering hers whenever possible. She is a bit macabre but hey that's alright.

If you wanted to shoot me that paragraph or what you remember of it on the Discord I would love to see it.

Pizza Games interview: what and why in Sweden
Author: Ron Edwards
Department: Seminar
Remember all those interviews a couple of months ago! This was another in the same time-batch, and...
Q and A bucketload
Author: Ron Edwards
Department: Seminar
For the last few months, I've invited patrons to ask me things, which I grapple with and collect as...
A very Gygaxian TPK
Author: Tommi
Department: Actual Play
It has been a while since we had a proper TPK in the online Coup campaign. Maybe this is the first...
The Dwarf Rings - Adventures in Middle Earth 5E
Author: Sean_RDP
Department: Actual Play
There has been some recent discussion on the discord about 5E play and how it shakes out nearly ten...