My experiences in tabletop role-playing some ideas i had 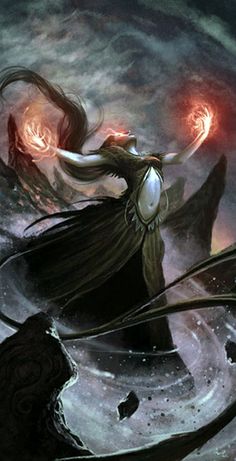 Some years ago, when I played a lot of heavy boards games, I attempted to design two games up to a playtesting stage. I also wrote down this as the type of rpg that I wanted to play

sci-fi in space one where one player is the hero and the other players the evil world power trying to kill the hero.

Have you ever wanted to be the strongest hero in the galaxy?

Have you ever wanted to be the evil world power trying to kill the hero?

In Kill The Big Fucking Gun you can do both

• Every player starts with a set amount of action points

• Pick a problem the hero is trying to solve (save the city, escape the planet, kill the monster)

• a starting point and win condition

• If he passes the test he can use the BFG

• After a counter from either Hero or world player any other non-active player can spend action points to?

After an encounter is resolved where the hero is still alive

As the hero I want to

• use the BFG sparingly

As the world player I want to

• kill the hero by sending enemies

Recently, about a month ago I come back to this idea and brainstormed this

A Conjurer of dark things for a warlord, was told under punishment of death ,to create a being of power and strength. After months of failure, the perfect monstrous being was produce. In his arrogancy the Conjurer considered it an Error ,and threw the being away with the rest of his discarded creations. Discarded no more, as they in turn awaken the Error and point it in the conjurer direction.

With each success the current player must burn off the total sum of success rolled?

Memory - relates to mental activities that require force of will, or intellect

Fear threshold- is how

A noun to describe your character type.

A verb to describe your goals

the Error for an action can attack, move, communicate, eat a sacrifice, destroy things

Scene a sequence of continuous action and or dialogue, in a single location, that moves the story forward

the selection of actions will be based off the pc’s character, chosen temperament, and current intensity. All logical non conflict actions succeed

The Player of the World

1.     each npc in the scene is controlled by the world player

2.     the actions available for the world player is based off the intensity level of the monster

I will explore these ideas farther as I play more.

Conjurer or Error vs

These are the only available that are to be attempted during a scene.

Once the world player hears the conclusion of the Conjurer or Error player, dice are rolled as unforeseen consequences to their actions.

The results will vary between three degrees of success in some way.

Based off the results of the dice rolled, the world player and Conjurer or Error player will go back and forth roleplaying the results.

Start the beginning stages of a series of complex actions that gain resources.

Complete a before started series of complex actions that gain resources.

Attack a living being with intent to kill.

Attempt to heal a living being.

Make a living being dislike you.

Express your emotions through body language.

Grab hold of something

Attempt a search for something wanted.

Snatch something in arms distance not in your possession to hold.

Communicate an idea to something.

Allow a living being to influence you to like a thing.

Allow a living being to influence you to dislike a thing.

Tell a falsehood to a living thing.

Show a living thing you believe them.

Show a living thing you fear them

A lot to do and learn from this point

Hi Rasheed! Here's a video you might like: Thoughts on board and card games. I posted it to my Patreon a little over a year ago, and it hasn't been publicly visible (this link goes to its Unlisted status).

You'll see in it that I don't think rules for games like these can be role-playing rules in any direct way, but rather that their rules can be usefully understood toward their own games' purposes, in ways that a role-playing game's rules should be toward its purpose.

So here, we're looking at designs which arise pretty much from boardgame experiences and which you also say intrigue or interest you as role-playing design too. So ... the question is whether you are ...

I get that it may be "both," but it might not be and it is worthwhile to consider carefully. But whatever it is, A, B, or both, let me know.

I am willing and able

Hello Ron, I am inspired by the question, thanks. I had an idea of playing a character with this massive weapon that affects the environment in a GM less roleplaying game.  So, I would say everything starts from question A, as there is a certain visual fiction I’m going for, with no play tested rules. As I came back to the design in recent times, I decided to break the game down in “components”.  I wanted to playtest GM less roleplaying, which brought me to try to design the conjurer’s Error. In this idea I would say the focus is more in line with question B, but not with a particular result in mind other than GM less roleplaying.  I'm just trying to brainstorm ideas up to a play testing stage. Yesterday I felt driven to create some actions and I just posted the result.

Immortal drug is controlled by the academics

One Captain and Five Professionals specializing in prearranged actions

Respect as a resource        can influence others at a loss?

Fear as a resource       will influence you and a loss?

Light and Darkness a loss can cause fear or gain of light can ?

Momentum is gained by actions and used by the world player

Time experience gain? Can be spent to do actions?