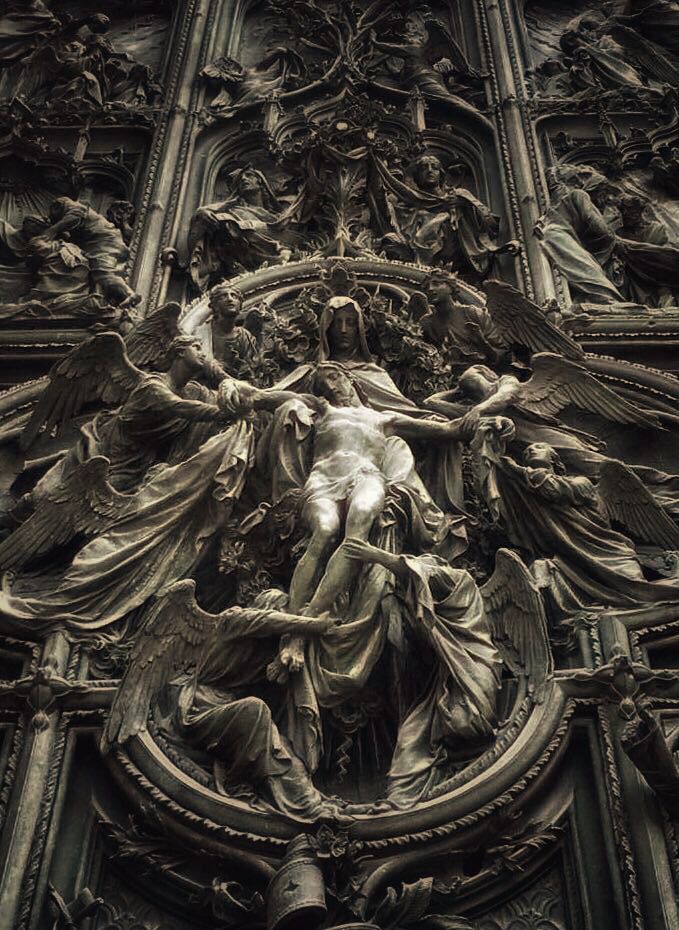 So I've been playing Sorcerer for several sessions now with Greg and Robbie, and recently we finished the first adventure and decided to continue with new kickers and new story diagrams. I took the material they gave me and typed it up in an online tool called Google Jamboard, and I thought it might be fun to hit "record" and narrate my thought process as I played around with the diagrams. That's what I'm sharing here -- pretty much raw stream of consciousness as I try to get a handle on what Robbie and Greg's material is telling me, and trying to decide what needs to come forward, and what takes a back seat or perhaps supporting role.

Haven't watched the vid yet,

Haven't watched the vid yet, but by all means tell us about the previous adventure too. I'm always curious about what people do with Sorcerer.

I'll try to follow up on this sometime soon. Probably another video. I know Greg and Robbie are interested in recording a conversation/reflection about the game.

This is a wonderful video

This is a wonderful video that sheds some valuable light on the hidden art of game preparation. The jamboard is quite effective for the purpose of developing the character diagram. It’s a tool that I’ll be using for this and other game-related purposes. One of the added benefits of the jamboard is that it will be quite easy and tidy for you to make changes and edits as the fiction develops. One aspect that comes across quite powerfully is how the Sorcerer character diagram serves to focus the preparation for the game: As you move those sticky notes around the board and talk through the items, the ideas for the upcoming session take form quite naturally. Also valuable is the way that the diagram draws attention to gaps and questions as you think through some of those items that are lingering in the wings and consider how they might be brought into play.

This is my first game of Sorcerer / Sorcerer and Sword to make it to a second kicker, so I’ve given extra thought to how the elements of the former arch are coming into play with this one, and I’ve also been thinking about how the kickers keep both the players and the GM in motion.

The character of Catherine/Caithred is a good case to consider in this respect. She turned out to be at the heart of both Guillaume’s and Siosaidh’s stories during the first arch: She was a villainous mentor and object of devotion for the former; and, as the twin sister of Siosaidh’s lover, she became a key driver for his decisions as well. In game terms, I imagined her as someone with a deeply fraught past who was clinging desperately onto the last vestige of humanity. In my kicker, I mentioned that she had disappeared in the intervening years--and that Siosaidh assumed she had died or wandered off in her depression. But I intentionally left her fate open to possibilities, and I’m happy to see that you are considering her on both Guiallaume’s and Siosaidh’s charts. I wouldn’t necessarily force her into play, but she is certainly a reserve item ready to spice things up.

A culinary metaphor works well for how I think about the kicker and the character diagram: The player brings to the kitchen a number of ingredients to the counter--items relating to the past, lore, price, and kicker--and the GM as chef then considers how those elements relate to each other and adds other surprises to the mix. There’s not a recipe book in sight, but the GM and the players are improvising and relying upon their experience and intuitions about what ingredients will work together. And the cooking is always in motion, with some burners getting turned up while others are left to simmer.

I also like how working with the diagram brings attention to items that have been left to the side, but which could be worth bringing to the fore. The mystic and haunted side of Siosaidh is one that I should lean into more heavily. Towards this end, it might be that Siosaidh will be looking for an opportunity to enter a trance state to see if he can get any insight into the forgotten family past that was triggered when he saw the statue of St. Damwen. If that element hasn’t been more central to play, the fault is partly mine since I made it a component of my character.  I’m also intrigued by the idea of the Sifrif elders and their (possibly delusional?) ideas about Siodaidh. That should be fun to play with in our upcoming sessions.

Hi Robbie, we should talk a

Hi Robbie, we should talk a little about this if we have time next meetup. Ron expressed a concern to me in private conversation that had me go back and look at this video again in a different (um, worse) light. That said, I'll look forward to the mystic trance!