Here some examples of how we've been applying special effects in our game of Champions Now, set in Seattle during Spring and Summer of 2020.

The Devil's Deputy, a villain with the ability to turn into a dust devil represented by the mechanical powers of desolidification and teleport. He also has a 4 speed, while all the PCs are 3. He encountered the player character--The Spur--who has the Deputy as a hunted. The Deputry gave Spur a hard time until a teammate, Lord Kelvin showed up. Rolling 4 points of luck, Kelvin arrived in the perfect position to surprise the Deputy. The Deputy had been knocked back into a wall and Kelvin used his ice powers (Force Wall) to encapsulate him. The written rules required an exception on the desolid, which I had set as "hermetic seal." Kelvin's ice capsule  fit this perfectly and so the Deputy was captured.

In a later session, The Spur used his lasso (extra limb, stretching, entangle) to belay down the fire escape of a building while in pursuit of a villain. In the same session, his comrade, Mariner, used water powers (blast) to extinguish raging fire set by Holocaust.

In our most recent session, The Deputy aggregates out of dust in the middle of a George Floyd street protest to confront the Spur again. The heroes manage to get both of them out of the crowd (Mariner's wind storm telekenesis), where the Spur entangles the Deputy with his Lasso. The  Deputy laughs and cancels his next action to turn into a dust devil (desolid). At this point, Bill, Lord Kelvin's player suggested that feezing airborne moisture (Lord Kelvin's power) would have a significant impact on a dust devil. I, the GM, agreed and Kelvin and Mariner coordinated their Ice and Water blasts and hit the Deputy.

This application took more thought for me as GM, as it wasn't as simple as the previous special effects modifications we'd played. I decided that the mechanic would be entangle, based on half the combined power points of the two blasts. That worked out to a 5d6 entangle. So the Deputy ended up as an inverted cone of frozen mud -- imagine a dust devil solidified. The Deputy could not break the entangle immediately, so the Spur had time to move in for his "Fisticuffs" Martial Punch, with a 2d6 High Impact Strike: Adds to Martial Punch AND (the other players encouraged) pushing of an additional 3d6.

He hit hard. I ruled that because Deputy's Knockback resistance comes from absorbing blows like a dust body, the resistance didn't apply. I also said that the body from the hit broke the entangle. In total, we got two "panels:" one where The Spur shatters the frozen dust devil and a second where the shattered bits hit a wall (taking more knockout) and  slumps to the ground, aggregating into the Deptuy's base form, his secret ID, an acquaintance of The Spur!

So--Calling all GMs and players! What examples of special effects modifying play have you seen in your Champions Now games?

The section “At the table” in Chapter 4 is evident in what you’re describing, and I hope it’s OK to provide a couple more author’s thoughts on it.

Point 1. There is such a thing as too much, to the point where people are narrating their way around the rules in order to get easy victories. In reference to my diagrams in the “With teeth” section, it specifically means jumping to the fouth one as the default.

It’s an extreme form of a manipulative behavior evident in role-playing from its beginning, basically to trade “creativity” for in-fiction benefit, but in practice just pushing people around. (I’ve noticed a hostile “dark side” psychology to this, in that the repeat offenders are both determined to do it and are contemptuous of the GM and other players who are letting them get away with it.)

Comics creators fall into the same trap, so I accept it as an intinsic risk of the aesthetic principles the game is built on, but that doesn’t mean a particular comics title has to go this way, or that a particular player, GM, or both has to put up with it.

The message for this point is that it’s OK to say no to hyper-effective suggestions for special effects (which incidentally are rarely “suggestions” but stated so you can’t refuse without looking like a rules-following prig) and to stay with the first diagram in the “With teeth” section this time.

Point 2. Special effects can and should favor villains too – at least as much as heroes and certainly to the same extent in terms of which diagram you’re using. It is very, very easy to favor the heroes because that’s the easiest way to teach these ideas. As the text says, you should start this way because no one wants to learn the importance of special effects by getting trashed. But I also may favor them because sometimes I merely cave, emotionally.

However! The initial permissiveness or encouragement for the players regarding the heroes’ effectiveness should not set the standard for special effects’ function. The “favoring” needs to go away. Villains should benefit greatly as well, in a “fair is fair” mentality for when and how to apply the special effects in their more extreme ways.

One way to do this, which is perhaps more palatable if one is trying to “train out” of the habit of favoring heroes, is to get into the Hazards being created left and right by the villains’ actions, accidentally or on purpose. It’s absolutely classic to provide the villain with the proper defense, effetively immunity, against the Hazards they typically create.

But to stay with the more literal special effects we’re talking about here, it’s important to review which diagrams you’re using a lot for the heroes and to say, “look, this isn’t a hero or player ‘bennie,’ these are the rules of play, and I’m supposed to be using them for my villains too.”

If you want, you can justify it by saying the villains are thinking about what happened and coming up with their own ideas and plans for dealing with the heroes’ powers, but you don’t have to – it can be plain old in-the-moment in-fiction causes of the moment just like it was for the heroes initially.

I take point 1 as something

I take point 1 as something to keep in mind as I learn how to GM this game in particulary.

Point 2, I used today in our game. In the past, Lord Kelvin had a hard time with Holocaust, who radiates fire solar fusion hot and has 4 solar flares (4d6 blast Aura, Severe, Piercing & 4 hexes stretch & four extra limbs). She's proven to be quite nasty as the +4 attack from the limbs compensates for the need to grab to apply the aura.

In this session, Kelvin managed to englobe Holocaust in his ice wall (10r force wall!). But given the special effect of intense heat, severe, and piercing, I ruled that the body done by her aura melted the resistant points of the wall on a 1 to 1 basis. This meant she escaped -- eventually -- but not before her teammates were dealth with.

With the previous event where the ice/water coordinated attack affected the dust devil desolidification of the Devil's Deputy, there was a moment when I considered converting the attack into dice of Negation, before I thought "that's too complicated to think about in the middle of the game." I might have applied part of Holocaust's aura points as negation here too, but the body for resistant defense was starightforward and didn't require mugh thought.

So a villain got her own important special effects ruling this session. 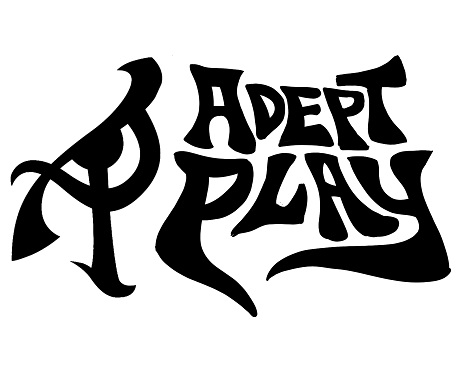 Message from the Fourth of July
Author: Ron Edwards
Department: Seminar: Hearts & Minds
The points raised or shared by Eloy LaSanta are not a minor concern for me. A couple of months ago...
Chaos Marches (D&D 5E): Skills in (are) Actions
Author: Sean_RDP
Department: Actual Play
I have a few things to say about skills and I think the context of the last few sessions for both...
A Game of Trollbabe
Author: Dreamofpeace
Department: Actual Play
I’ve been wanting to try Trollbabe for awhile, so was very pleased to get to try it recently with...
Monday Lab: My Character
Author: Ron Edwards
Department: Seminar: Hearts & Minds
I am pretty confident these days regarding the strength and utility of my/our ideas expressed at...